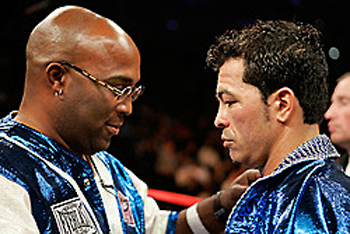 The first REAL TALK of 2015 will feature former IBF junior weltwerweight titleholder and WBC welterweight champ Buddy McGirt, who has been one of the sport’s most notable trainers since he retired from fighting in 1997. Send your questions for McGirt to [email protected] and the veteran sage will answer them.