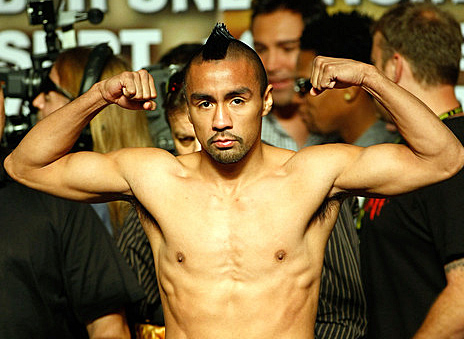 In a Golden Boy Live! event to be televised on Fox Sports 1 and Fox Deportes, Juarez (30-10-1, 21 knockouts) of Houston and Castellanos (20-10, 13 KOs) of Mexico will fight for the right to face RING No. 1-rated WBC titleholder Jhonny Gonzalez.

An Olympic silver medalist in 2000 and a former title challenger, Juarez, 34, ended a nearly two-year ring absence with a unanimous decision over Rene Alvarado in May. Castellanos, 32, scored a shocking fifth-round knockout over previously unbeaten Ronny Rios in October. Prior to Rios, Castellanos had suffered a ninth-round stoppage loss to Alvarado in April that ended his run of 11 consecutive wins, seven by way of knockout.

Below are the weights for the remaining bouts on the seven-fight card.