Garcia to fight for stability vs. former training foe Porter 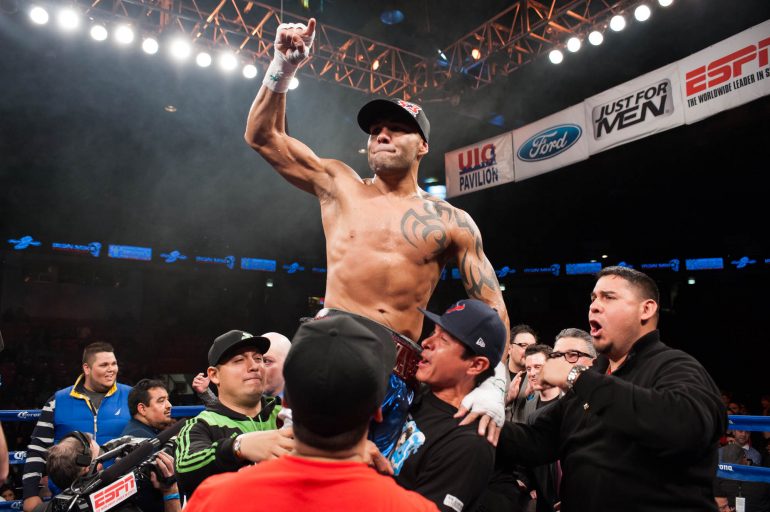 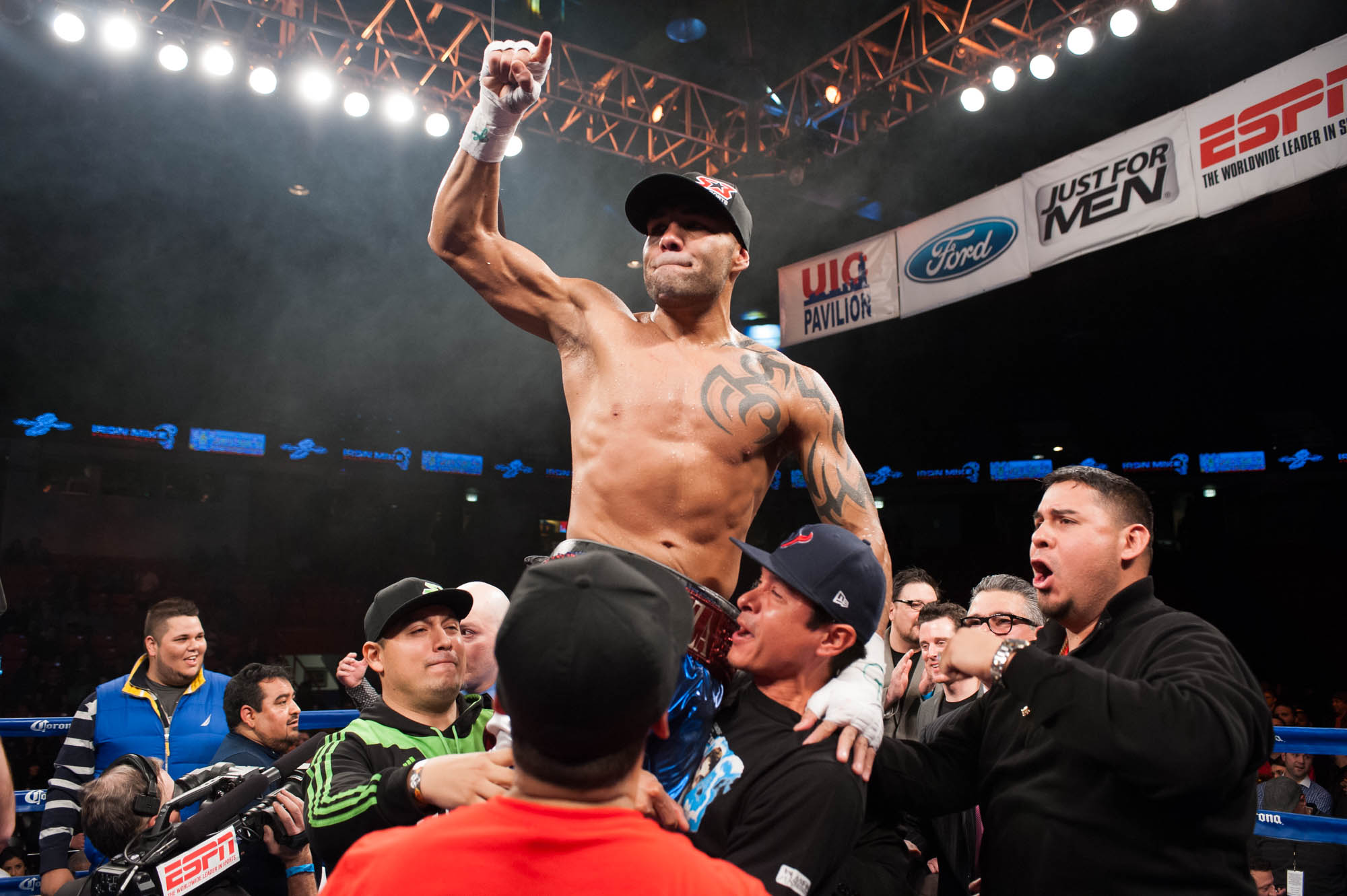 Roberto Garcia’s career has literally had its ups and downs, having ranged in weight for his bouts from 147 to 160 pounds.

But Garcia (36-3, 23 knockouts) will be in pursuit of regularity when he meets former IBF beltholder Shawn Porter (24-1-1, 15 KOs) in a 147-pound bout as part of a new boxing series on the Spike TV cable network, which was unveiled by adviser Al Haymon on Thursday during a press conference in Santa Monica, California.

“We’ve fought heavy for a couple of years because things weren’t really organized, so I was just taking fights just to stay relevant, so to speak, you know? But now I’m in shape. I’m always got to stay in shape. Now I’m a solid welterweight and I’m thankful that I’ve got this opportunity,” said Garcia, a 34-year-old married father of two young girls.

“I’ve been making weight successfully, so it’s like, ‘Now that I’m staying at 147, just give me a chance,’ you know? I’m a lot healthier now as opposed to back when I was single. My mind wasn’t where it is today. So you do grow up and you learn through life from the mistakes that you’ve made in the past. My mistakes have actually made me the man that I am today, you know?”

Porter-Garcia is the co-feature to a bout between two-time welterweight titlewinner Andre Berto and Josesito Lopez on the premier episode of a monthly series that will air on Fridays at 9:00 p.m. as part of a multi-year deal. The site of the first show has not been finalized, although the StubHub Center in Carson, California, is reportedly in the running.

“This is an ex-world champion that I’m fighting in Shawn Porter, so this is a fight that can take me to another level. Shawn Porter is good, strong and has good movement. I’m in there with a real, solid, quality fighter but it goes both ways,” said Garcia.

“It’s going to be a really good fight. This fight is really a 50/50 fight, I believe. But that’s OK if some people see me as the B-side. I’m used to being on the B-side. That’s not a problem for me. I’ve always been on the B-side for my entire career.”

Garcia was last in action for a unanimous decision over Breidis Prescott to secure his eighth consecutive victory since losing a unanimous decision to former titleholder Antonio Margarito in May 2010. Garcia had fought three times in 2014 starting last February, when he earned a split decision victory at 158 pounds over Norberto Gonzalez on 12 days notice.

“I dropped from 170 pounds to 154 in 11 days for that one against Gonzalez,” said Garcia, whose next victory was a sixth round technical knockout over Victor Cayo in May at a catchweight of 150 pounds. “I actually came in for that one against Cayo at just over 146 pounds. But then for the next fight against Prescott, I actually weighed in at 145 for that one.”

The weight stability coincides with that of his family life, according to Garcia, whose daughters, Gia, 2, and Bobbi, nine weeks, were born to his wife of eight years, Nana.

“It’s a great responsibility to have. I have my head on right. Being a man, I’m happy and I’m doing my job and I am playing my part,” said Garcia. “It’s about my family. That really is my strength. That’s what helps me to keep my head on straight. It keeps me working hard and that’s why I will be fighting with such emotion.”

The 27-year-old Porter was last in the ring in August, when a majority decision loss to undefeated Kell Brook cost him the IBF belt. Porter had won the title last April by fourth round technical knockout over two-division beltholder Paulie Malignaggi. Prior to Malignaggi, Porter was coming off a unanimous decision win over southpaw Devon Alexander in December 2013, during which he dictated a physical fight that left both fighters bleeding from cuts around their eyes.

A former sparring partner for Manny Pacquiao, Porter, who began his career at 165 pounds, met and trained alongside Garcia at the Wild Card Boxing Club owned by Pacquiao’s trainer, Freddie Roach.

“We’re friends and we’ve known each other for a while. I’m still his friend but I’m here to win, man. This can provide for my family. We met each other at Freddie Roach’s gym. We’ve been in camp together, sparring together,” said Garcia, who is trained by Roberto Norris.

If their sparring sessions are any indication, “You’re in for a great fight,” said Garcia.

“I know who I’m fighting and we’ll make some minor adjustments for him but the bottom line here is that I’m here to fight for a better life for my family, to be completely honest with you,” said Garcia. “It’s nothing personal but we’ve got to be professional and I’m going to perform on March 13. One thing that I can promise you is that I’m going to go in there and fight my ass off.”