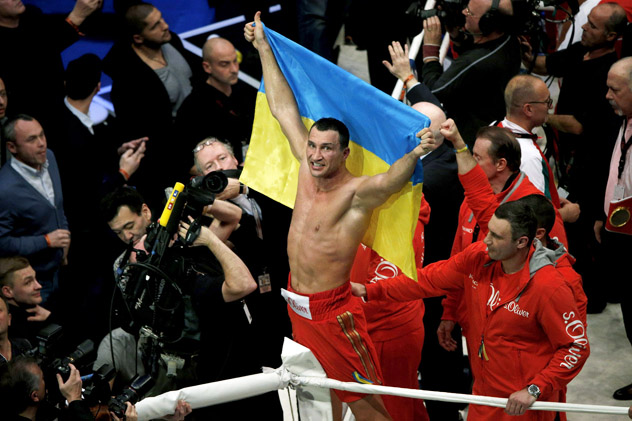 Junior lightweight Eric Hunter weighed 125.8 pounds while Nicaragua’s Rene Alvarado came in at 125.9 in advance of Tuesday’s fight at the 2300 Arena in Philadelphia, Hunter’s hometown.

“I’m from Nicaragua. I started training back home when I was 16, and never looked back. At first, I was a little troublemaker, but I became a boxer. When he was younger I saw Oscar’s fights. As a little kid I was always emulating him. I like to do lots of counter punching,” said Alvarado, referring to Golden Boy President Oscar De La Hoya, a former Olympic gold medalist and 10-time title winner.

“I also try to stay in front of my opponent and get inside when I can. He has good talent and technique. I’m very prepared for him though. I’ve fought in the United States once before in El Paso, Texas. I’m excited for my second opportunity in the US. I have two brothers and three sisters. And I have a 4-year-old son of my own. It’s hard being away from him, but this is how I’m making a future for us.”

For the other bouts on the Hunter-Alvarado card, junior welterweights Michael Perez and Miguel Acosta weighed 140.8 and 139.3 and lightweights Lamont Roach Jr. and Herbert Quartey weighed 131.5 and 133.4, respectively.

Click here for the remaining weights and the entire seven-bout card.