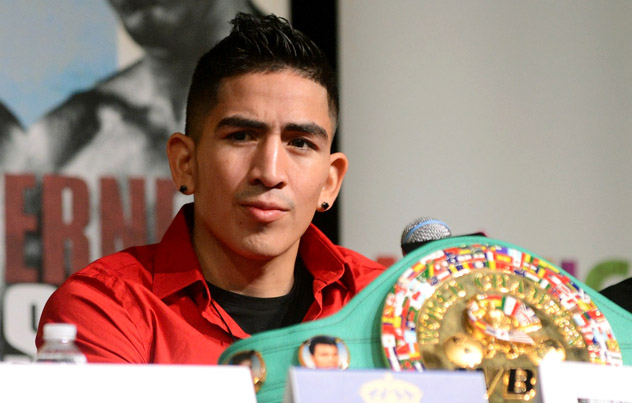 RING No. 2-rated junior featherweight and WBC titlist Leo Santa Cruz renewed his quests to face “the best” and “to please the fans,” calling out Abner Mares and Guillermo Rigondeaux in the wake of Saturday’s eighth round stoppage of Jesus Ruiz at the MGM Grand in Las Vegas.

Santa Cruz (29-0-1, 17 KOs) hopes to land desired bouts opposite either Rigondeaux, THE RING champion and holder of the WBA and WBO belts, or Mares, a three-division titleholder who is a RING No. 3-rated featherweight.

In the past, Santa Cruz has also called RING No. 1-rated junior featherweight Carl Frampton, an undefeated IBF beltholder, and No. 3-rated Scott Quigg, who is also an unbeaten 122-pounder.

Santa Cruz had previously fought in September when he routed overmatched Manuel Roman in two rounds on the undercard of Floyd Mayweather Jr.’s unanimous decision over Marcos Maidana in their rematch. Santa Cruz, of Southern California, fought only twice in 2014.

Note: Quote taken from a release.