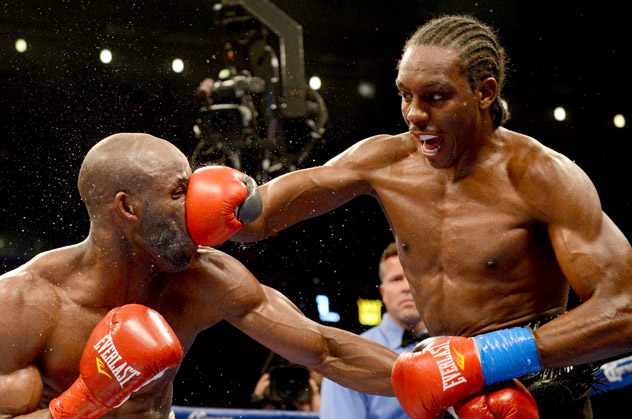 Best night of pro career: So far Imam has been highly impressive in his 15 pro bouts. He says his best win is against 2008 Olympic bronze medalist Yordenis Ugas, a former amateur star from Cuba, last May.

“On ESPN against Ugas,” Imam told RingTV.com. “He was the toughest opponent I had fought. He’s got a good (amateur) background and he made me go rounds. All other opponents I’d pretty much got them out of there.”

Next fight: Imam kicks off 2015 against aggressive boxer-puncher Fidel Maldonado Jr. on the undercard of Bermane Stiverne’s WBC heavyweight title fight against Deontay Wilder on Saturday. The bout will be shown as part of a Showtime tripleheader (in the U.S.).

Maldonado, a 23-year-old southpaw, hails from New Mexico and has re-established himself after having lost back-to-back fights in 2012, winning six on the bounce and taking his record to 19-2 with 16 knockouts.

“He has power, he has a good record, he’s a come-forward guy,” said Imam. “I know he’s going to come to fight but it’s my time to shine. I aint worried about all that, I’m coming to do what I have to, to get the win.”

Why he’s a prospect: Imam had a solid amateur career. He won two noteworthy titles at the Silver Gloves and the “Last Chance” tournament. He lost to eventual USA Olympic representative Errol Spence Jr. in qualifying at the trials.

He trains in Fort Lauderdale with the experienced Stacey McKinley.

“He’s a very exciting figher,” said the veteran trainer. “He’s a cross between Floyd Mayweather’s defense and the offense of Tommy Hearns.

McKinley says he’s ready to let his fighter of the leash.

Why he’s a suspect: Imam seems to possess an exciting blend of talent to go a long way in the sport of boxing. We don’t know how good his chin is or how his stamina is. Those and other intangibles will be tested in the upcoming months. 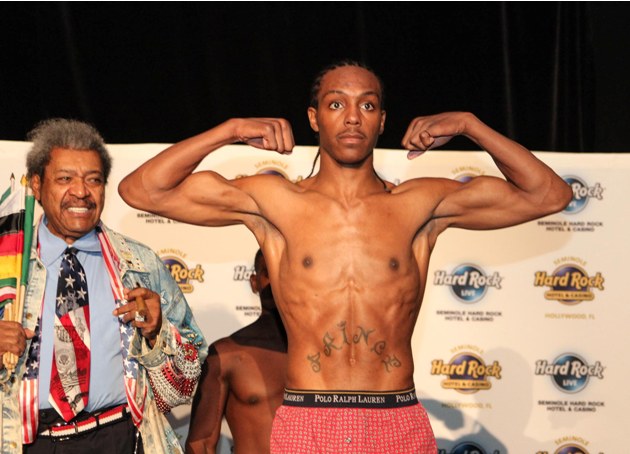 In previous decades being promoted by Don King would have been a major plus point, but today with King slowing down, doing less shows and being on the periphery of the sport, it could be seen as more of a weakness.

Imam doesn’t see it that way.

“Don’s still running the game,” he said. “They’re trying to keep him out but as long as me and Bermane get these wins, he’ll be back, right back on Showtime.”

McKinley who has worked with King for decades agrees with his fighter.

“You’ve got to understand Don King is the King,” proclaimed McKinley. “But Don’s not the type of promoter that’s going to waste his money on anybody. He could have gone and around the country and bought up a lot of fighters but the fighters Don sees, Don doesn’t like.

“He doesn’t invest in a fighter that wins a title on Monday and loses it on Friday. He invests his money wisely. He’s waited until the right time and now he has Amir Imam. I think he has the next superstar of boxing.”

Imam couldn’t single out a particular area he needs to improve.

The confident youngster believes he’s ready to make his move on the division’s best.

“I’m ready for the next level,” he said, “ready to fight the best. I’m only going to find that out when I fight people that’s up there with me. This fight he’s up there with me and I’ll find out what I need to do to improve myself.

“Right now I’m worried about getting this win and showcasing my talent on Showtime.”

Story lines: Imam started boxing at 12 years old. He went to the gym with his friends, but as time went by he stuck around and eventually fell in love with the sport. Imam has two older sisters and one younger brother. He likes to keep to himself and doesn’t have a large entourage.

Imam’s nickname is “Young Master” in homage to hall of famer Joe Gans, the legendary “Old Master” and one of the greatest lightweights in history.

Never one to shy away from the spotlight, Don King waxed lyrical about his young prodigy.