Sam Watson on Mayweather-Pacquiao: ‘I believe that it’s going to happen’ 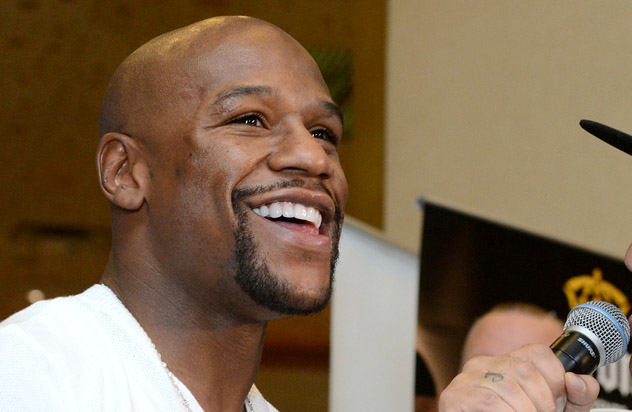 NEW YORK – “I believe that it’s going to happen,” said Sam Watson, right-hand man to Floyd Mayweather Jr.’s adviser, Al Haymon, in regard to a targeted May 2 clash with Manny Pacquiao at the MGM Grand in Las Vegas. “I believe that everybody involved wants it. I believe that. I know that Floyd wants it.”

Watson opined following Wednesday’s press conference at the NBC Studios to announce the network’s new boxing series titled, “Premier Boxing Champions” (“PBC on NBC”) as part of a multi-year deal between the network and Haymon.

“Floyd wants to fight Manny. It’s no secret,” said Watson, in the wake of news that Pacquiao has agreed to his side of the terms and that the Filipino fighter expected Mayweather to do the same “before the end of this month.”

“I think that they’re putting all of that together. I mean, when it gets done, I guess that we’re all going to know. I’m sure that they’re working on everything.”

“We’ve agreed to the terms and once Floyd signs off, then the fight is on May 2. We can’t discuss any of the terms,” said Michael Koncz, Pacquiao’s adviser. “I can’t discuss what went on during our conversation. All that I can disclose is that we’ve agreed with Floyd’s representative and that now we’re waiting for Floyd.”

Lewis scored an eighth-round stoppage victory over Tyson in the bout. Lewis and Tyson were affiliated with HBO and Showtime, respectively, at the time. Key aides are reportedly working for Mayweather and Pacquiao, with CBS Corporation Chief Executive Les Moonves bringing the two sides together.

“I guess that they’re going to do a Showtime-HBO fight like they did the last time with Lennox Lewis and Mike Tyson,” said Watson. “They’re working on all of the money now and they’re probably working on everything that they need to do to make it happen. I would love to see it. I can’t wait. I believe that it is going to happen and that it’s going to be huge.”