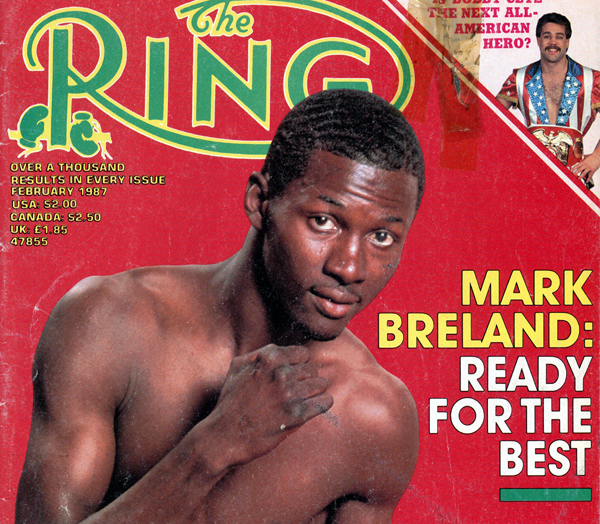 Even before he captured gold at the 1984 Olympics, Mark Breland was considered one of America’s greatest amateurs ever.

However, although he turned pro amid considerable fanfare after posting a mind-blowing 110-1 amateur record, the rangy jab-master was unable to live up to the near impossible hyperbole that surrounded him. 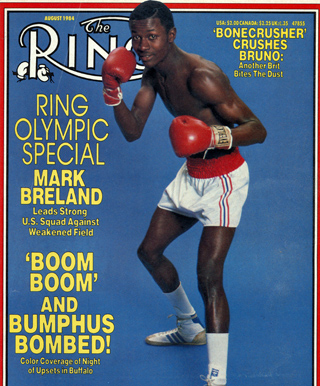 “It was never fair,” Breland said of the pressure bestowed upon him to succeed. “It wasn’t me who boosted myself like that, it was the writers and media. I was the first amateur on the cover of THE RING magazine. They had it where I had to win 10 world titles in nearly every weight class to fulfil my potential.”

“All I ever said was I wanted to be a world champion and I did that, I did it twice. I did good,” he told RingTV.com. “All the talk was them, not me; they never won anything in the ring. I won two world titles. I’m in the New York Hall of Fame, which is a great honor and credentials just like mine have landed guys in the International Boxing Hall of Fame in Canastota.

“It’s just that expectations were placed so high that a really solid pro career, a two-time world title pro career looks like I didn’t do that good, but I did. Ask any fighter if winning two world titles would make for a great career. I’m proud of my amateur career, my pro career and my career as a trainer now. I was always in shape, I always gave my best, I never ducked anyone, I never talked trash. I’ve always tried to do things the right way and I think people appreciate that.

“I had a great time. If I had to do it all over again I wouldn’t change anything. I liked amateur boxing better than I did pro boxing.”

Following his Olympic success Breland turned pro in late 1984, winning the vacant WBA welterweight title in early 1987 by stopping South African Harold Volbrecht. Many expected Breland to transcend the sport, but he surprisingly lost to contender Marlon Starling in his first title defense, getting stopped in 11 rounds while comfortably ahead on all three scorecards.

Breland met Starling in a rematch, drawing with him before stopping South Korean Seung-Soon Lee in a single round to regain the vacant WBA crown. This time, he held the title for 18 months making four title defenses, and beating the likes of Rafael Pineda and Lloyd Honeyghan before losing to fellow New Yorker Aaron Davis.

Though he attempted two comebacks he was never able to again scale the highs he had previously. He retired for good in 1997. Breland (35-3-1, 25 knockouts) is an accomplished actor, appearing in several motion pictures, notably Lords of Discipline and several Spike Lee films, including He Got Game.

Breland, now 51, kindly agreed to take part in THE RING’s “Best I’ve Faced” series, answering 10 questions on the best fighters he shared a ring with in 10 key categories.

Most Skillful – Nobody – I always outboxed the boxers.

Best Jab – Aaron Davis – Strong jab. He threw it a lot. George Foreman-type of jab. Nothing pretty about it. Just effective.

Best Defense – Marlon Starling – Gotta go with Marlon. He worked out the peek-a-boo and had long arms. He makes you punch a lot and sometimes you get through but a lot of times you hit arms and elbows. He makes you expend a lot of energy. The second time we fought I said forget trying to knock him out and just box him!

Best Chin – Davis – I hit him with everything but the kitchen sink. One more round and they were going to stop the fight because his eye was so bad. He hung in there and took my best and caught me with a good shot.

Best Puncher – Rafael Pineda – He had a big reputation as a puncher so I boxed him. I wasn’t looking to trade with 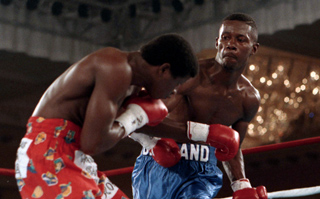 that guy. Here’s something most people don’t know. I tore ligaments in my knee in the second round of that fight. I couldn’t put any weight on it. All he had to do was rush me and I would’ve fallen down. My leg was gone. He just stood there in front of me so I kept hitting him with jabs until I could get him out of there. His corner cost him that fight. They should’ve sent him full speed ahead after I hurt my knee.

Fastest Hands – Steve Little – Early in my career. Steve was slick and quick. Good hand speed. I had to outbox him.

Fastest Feet – Lloyd Honeyghan – I never looked at him during the press conference or the weigh-in. Never once made eye contact. Then in the center of the ring when the ref was giving instructions I stared right down at him. He moved from the opening bell! I was expecting him to come after me but I had to chase him down. He was all over the place. I think I knocked him down like five times.

The football player Dan Dierdorf was calling the fight for TV and screaming for the ref to stop the fight. What for? I was having fun! I bet Dan didn’t want nobody stopping a play in a football game when he was hitting somebody. When my heavyweight Deontay Wilder fought in England last year my co-trainer Jay Deas got me in touch with Lloyd again. We laughed about the fight. Lloyd said I got lucky. I told him I got lucky after the fight. 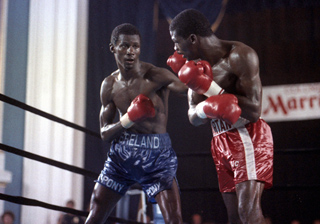 Smartest – Starling – He was crafty. He knew when to block, when to punch and how to smother your work.

Strongest – Davis – He took everything and kept coming. He was determined. He was very strong mentally and physically.

Best Overall – Starling – He took everything I hit him with. His style was awkward. He knew how to get under your skin. He did everything well. He was stubborn. We’re friends now. At the Hall of Fame I called him a dirty fighter. He agreed but said he was clean dirty! That means you fight well fighting dirty.