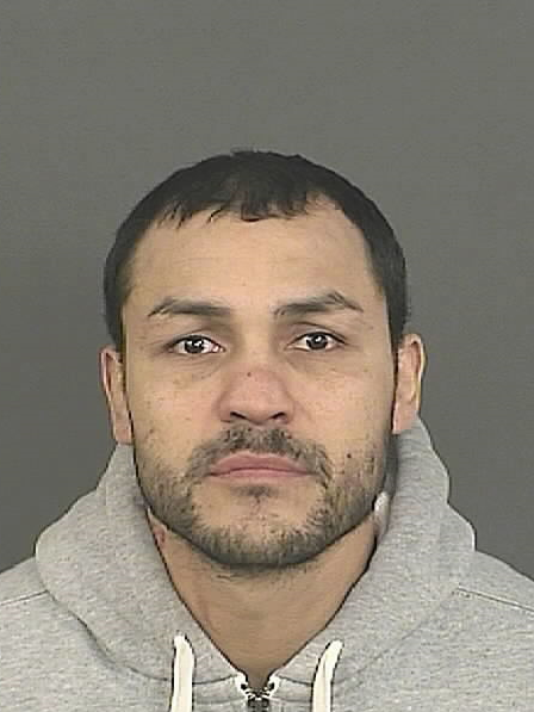 Boxer Mike Alvarado was formally charged on Monday with one count of possession of a weapon in relation to his Jan. 3 arrest on Saturday in Denver after police allegedly found a handgun in the glove compartment of his Hummer during a traffic stop, according to The Denver Post.

A former junior welterweight titleholder, Alvarado, 34, was released from custody on a $3,500 bond and is scheduled to appear in Denver County Court on Friday, according to the report, which did not address what a conviction means in terms of jail time.

Alvarado cannot legally possess a gun because he’s a convicted felon. He was also booked on a felony warrant in a neighboring county on the same allegation, illegal possession of a weapon. Alvarado posted a $41,500 bond and was released.

Alvarado is scheduled to face Brandon Rios a third time on Jan. 24 in Bloomfield, Colo., in a fight that will be televised on HBO and promoted by Top Rank Promotions.

Weeks is officiating a Wilder bout for the first time, although he was the third man in the ring for Stiverne’s seventh round technical knockout of Jerry Butler in October 2009.

Weeks most recently worked a fifth round knockout in November by RING heavyweight champion Wladimir Klitschko over Kubrat Pulev in November.

“I just did the Klitschko-Pulev fight and I believe that this is going to be a tough fight with a lot action, a lot of power and a lot of punching, so I had better get ready,” said Weeks of the bout whose judges will be Adalaide Byrd of Nevada, Craig Metcalfe of Canada, and Jerry Roth of Nevada.

“It’s definitely a lot different when you’re in there with two big heavyweights as far as handling these guys who are big, physical and with the weight factor. It’s like that any time that you have two big guys in there, so your attention is going to be critical.”

Bayless was the third man in the ring for Santa Cruz’s unanimous decision over Cristian Mijares in March but has not worked a Ruiz fight.

Heavyweight Luis Ortiz (21-0, 18 KOs) received an eight-month suspension and was fined 10 percent ($8,000) of his $80,000 purse by the Nevada State Athletic Commission as a result of testing positive for the banned substance nandrolone after his Sept. 11 first-round knockout of Lateef Kayode, according to a report by BoxingScene.com.

The bout has also become a no-contest due to the presence of the steroid, which was discovered during the post-fight drug screen of the urine sample submitted by Ortiz, who faced Kayode at The Joint at the Hard Rock Hotel and Casino in Las Vegas.

Three fights prior to the Ortiz bout in June 2012, Kayode (20-0, 16 KOs) fought Antonio Tarver to a draw. The former RING light heavyweight champion would ultimately test positive for the banned anabolic steroid drostanolone and, as a result, that bout was deemed a no-contest.

On Monday, New York Governor Andrew M. Cuomo announced that Thomas Hoover will replace Melvina Lathan after seven years as chairperson of the New York State Athletic Commission, according to a report by BoxingScene.com.