From The Telegraph: Khan wants Pacquiao, if Mayweather says ‘no’ 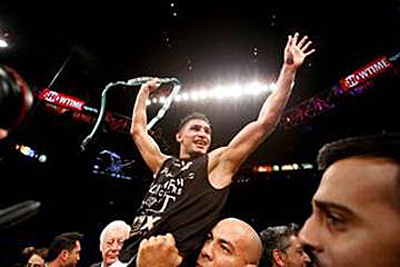 Amir Khan says he will pursue a showdown with Manny Pacquiao if unbeaten world welterweight champion Floyd Mayweather Jr. refuses to fight him this year. Khan is pursuing a fight with boxing’s No. 1 box office attraction in 2015, but says a Pacquiao showdown would be another huge event.

Khan, an ambassador for OXFAM who has set up his own charitable foundation, has also told Telegraph Sport that he and Pacquiao could donate a percentage of the purse to good causes if a fight can be arranged.

Click here to read the article by Gareth A Davies, The London Telegraph