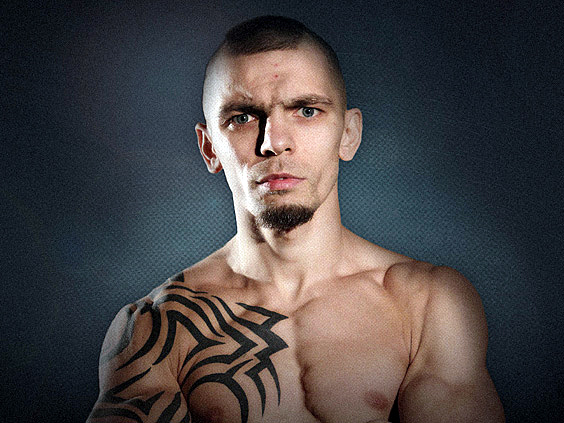 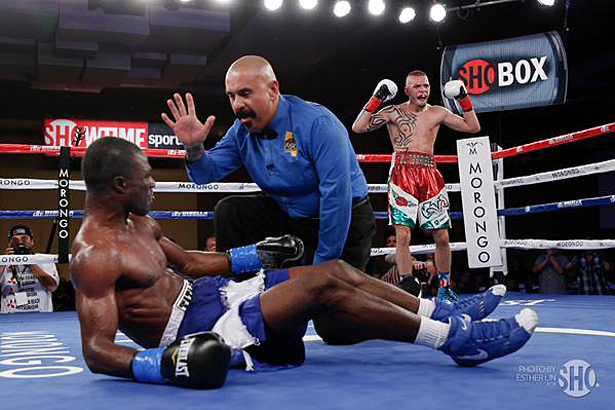 Unbeaten lightweight standout Ivan Redkach started the year off with a strong performance, stopping the normally durable Yakubu Amidu after six rounds in the main event of a “ShoBox: The New Generation” show in Cabazon, California on Friday.

Redkach (18-0, 14 knockouts), a 28-year-old Ukrainian southpaw, dropped Amidu twice in Round 6. A straight left dropped the battle-tested Ghanaian flat on his back a little over a minute into the round. Amidu (21-6-2, 19 KOs), who had never been dropped before, got up slowly and on unsteady legs. However, a follow-up barrage from Redkach punctuated by a flush left hook put Amidu down again.

The heavy handed fighter made it back to his corner but clearly did not want to continue, telling his trainer Eric Brown that there was something wrong with his leg. Brown tried to motivate his fighter into going out for another round but after a quick visit from a ringside physician, referee Ray Corona waved the bout off with the 30-year-old veteran on his stool.

Prior to Round 6, the fight between the Los Angeles-based fringe contenders looked like it would heat up down the stretch. Redkach, who is trained by Robert Garcia, outworked Amidu in the early rounds, as the two punchers took turns getting off and covering up in the center of the ring. But Amidu increased his aggression and punch output in Rounds 4 and 5, giving as good as he got, although Corona docked him a point for a low blow in Round 5.

However, the manner in which Redkach closed the show is what most fans will recall this fight. The Ukrainian finally lived up to the hype he had as a prospect and took a firm step toward contender status.

Fox (14-0-1, 4 KOs), a 6-foot-5 Maryland native with a 79-inch wingspan, troubled Day (9-1, 5 KOs) with his long jab and lateral movement in the early rounds. Day, a former national amateur champ from New York, had his moments, landing the harder shots in spots during the middle rounds, but Fox closed the fight the well, becoming the aggressor in Rounds 7 and 8.

In the opening bout of the Showtime broadcast, undefeated middleweight prospect Ievgen Khytrov casually walked down and stopped late substitute Maurice Louishome in Round 3 of their scheduled eight-round bout.

Khytrov (8-0, 8 KOs), a 26-year-old former Ukrainian amateur star now fighting out of Brooklyn, stalked the 37-year-old Colorado club fighter with the confident and poise one would expect from a fighter with around 500 amateur bouts under his belt.

Khytrov dropped Louishome (8-1, 4 KOs) with a counter right at the end of Round 1 and repeatedly stunned and dislodged the mouthpiece of the rangy boxer in Round 2, before Corona had seen enough and waved the bout off 24 seconds into Round 3 after Louishome was badly rocked.