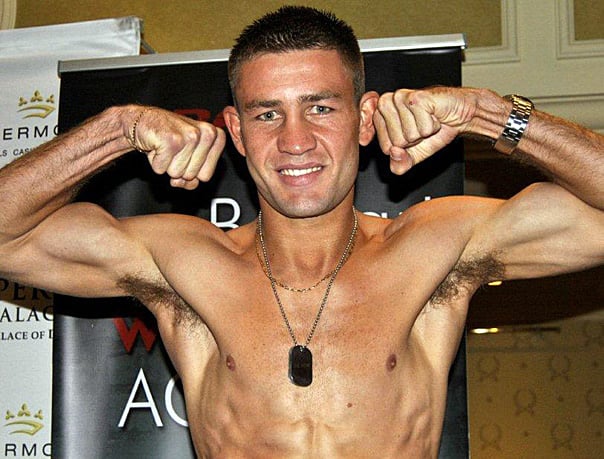 Chris Van Heerden dominated opposition in his home country of South Africa, but the welterweight standout yearned to fight the best fighters in his division.

He could have continued to earn decent paydays and fight in front of family and friends, but Van Heerden took the plunge and moved to the United States to seek greener pastures and championship opportunities.

A win tonight could solidify his standing as one of the welterweights to watch on 2015.

Van Heerden will fight Cecil McCalla in a 10-round bout at The Theatre inside Madison Square Garden in New York City. The bout will be part of the debut “Throne Boxing” card promoted by Roc Nation.

The bout, along with two other bouts, will be televised live on Fox Sports 1 and Fox Sports Deportes.

Van Heerden (21-1-1, 11 knockouts) began making moves immediately upon arriving to Santa Monica, California. Five weeks after arriving to the U.S. on Christmas day in 2013, he made his American debut on Feb. 6, stopping veteran Cosme Rivera. After signing with Kings Sports Worldwide, Van Heerden fought on April 16, winning a 10-round split decision over Ray Narh.

After working with Manny Robles at the Rock Gym in nearby Carson, Van Heerden is now training with Freddy Roach at the Wild Card Boxing Club in Hollywood.

Van Heerden was originally scheduled to fight McCalla in July, but had to withdraw from the fight after suffering an ankle injury during training camp for the fight. While Van Heerden has faced the better opposition than McCalla, he is not overlooking his opponent.

“He’s an unbeaten guy with a solid record,” Van Heerden told RingTV.com in a recent phone interview. “He may not have fought anyone like me, but I’m not underestimating him.”

Aside from what he has accomplished in the ring, Van Heerden has made headlines out of it as well. The southpaw was brought in as a sparring partner for Miguel Cotto prior to the Puerto Rican star’s showdown against Sergio Martinez. According to Van Heerden, Roach, who trains Cotto, was so impressed with the South African fighter that he was open to training him.

After providing his service to Cotto, Van Heerden was asked if he would serve as a sparring partner for Canelo Alvarez to help the Mexican star prepare for Erislandy Lara.

Van Heerden believes that the world-class sparring he has received has been instrumental in his development as a fighter.

“The sparring I have received against the likes of Cotto and Canelo has risen my self-confidence, but it has motivated me as well,” said Van Heerden, who has won his last seven bouts. “For me to achieve having someone like Freddie Roach train me is an accomplishment in itself.”

Should he come out victorious against McCalla, Van Heerden believes he would be ready for a world title fight in two to three fights.

Despite the time he had to take off to recover from his ankle injury, Van Heerden has built a strong foundation to push towards accomplishing his dream of winning a world title. By making the effort to come to the United States to improve his status as a contender speaks volumes of his intent to get better as a fighter.

He may have a ways to go, but his attitude and blue-collar approach could be other strong assets to build on.

“I’m just a kid from South Africa who has waited patiently,” he said. “To be able to fight at Madison Square Garden is like living out a fantasy. The hard work I’ve put in is paying off.

“I’ve accomplished a lot in one year and cannot wait to achieve more.”