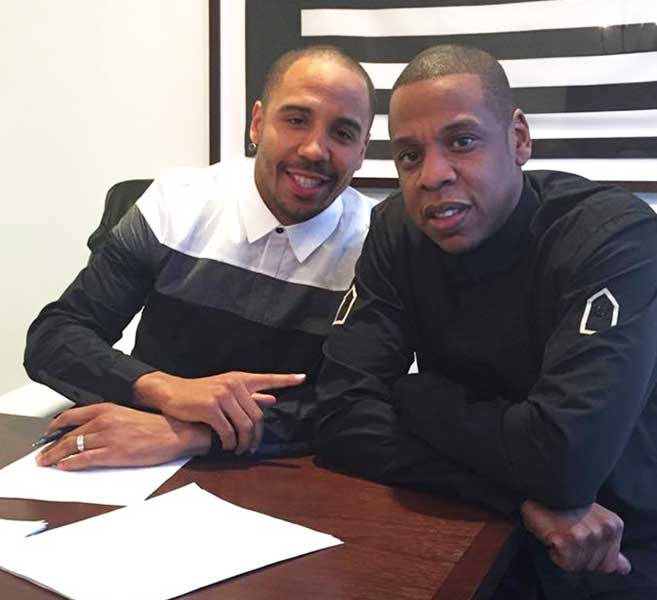 THE RING super middleweight champion Andre Ward has signed with Roc Nation Sports, according to an announcement on the boxer’s Twitter account on Friday.

“It’s official!! #NextChapter Happy to be a part of the @rocnation family. #RocNationSports#SOG,” read Ward’s statement while the boxer’s Instagram account ran a photo of the boxer with Roc Nation founder and music mogul Jay Z.

Roc Nation COO David Itskowitch could not be reached for an immediate comment.

The announcement comes on the heels of one on Thursday that Roc Nation had finalized a deal and purchased promoter Gary Shaw’s company, Gary Shaw Productions, and that Shaw will run the organization’s boxing division.

Meanwhile, Ward has endured long stretches of inactivity due in part to successful surgery in early January 2013 to repair his injured right shoulder as well as acrimony and litigation with career-long handler Goossen Promotions.

“I would rather not comment on it,” said Tom Brown, the brother-in-law of the company’s namesake, Dan Goossen, who died in September from complications from liver cancer at the age of 64. “We’re just moving forward and that chapter’s closed now.”

Asked if the litigation was over, Brown said, “Yes,” but declined to go into detail.

“That chapter is over,” said Brown. “We’ve both gone in our separate directions.”

Neither Josh Dubin, an attorney who has represented Ward, nor the fighter’s manager, James Prince, could be reached for an immediate comment.

Ward has not fought since winning a unanimous decision over Edwin Rodriguez in November 2013. Ward ended a 14-month absence against Rodriguez, a bout that followed a 10th-round knockout victory over then-RING light heavyweight champion Chad Dawson in September 2012.

Roc Nation Sports burst into boxing in August, when Itskowitch posted a winning bid of more than $1.9 million for the right to promote a bout between Matt Korobov and then-WBO middleweight titleholder Peter Quillin, who eventually pulled out of the fight.

Shaw will be present in the Theater at New York’s Madison Square Garden for Friday’s welterweight main event between Dusty Hernandez Harrison and Tommy Rainone.

Tureano Johnson will face Alex Theron in the middleweight co-feature to Hernandez Harrison, a card representing the first in Roc Nation’s three-fight deal with FOX Sports 1 for a televised series called “Throne Boxing.”