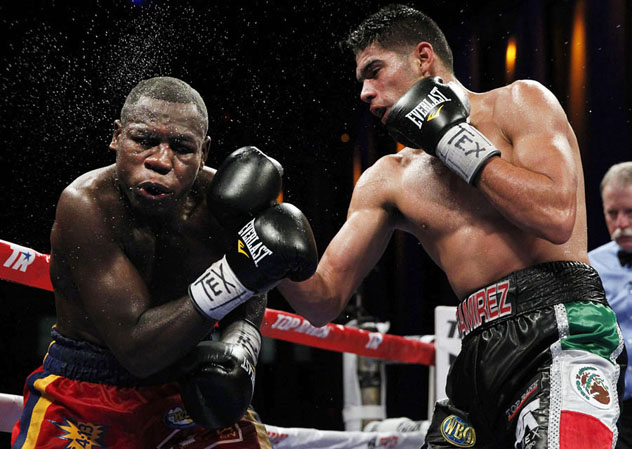 RING No. 7-rated super middleweight Gilberto Ramirez, the self-proclaimed “next big thing” to come out of Mexico, will return to action against Russia’s Maxim Vlasov on the Jan. 24 undercard of the Mike Alvarado-Brandon Rios welterweight rubber match in Broomfield, Colorado, Top Rank Promotions CEO Bob Arum announced on Tuesday.

Ramirez (30-0, 24 knockouts) is coming off an eighth-round technical knockout of Fulgencio Zuniga in November, representing his fourth consecutive stoppage.

“I really appreciate Bob Arum, HBO and my team at Zapari Boxing for giving me this opportunity. I have been waiting so long for this caliber of fight,” said Ramirez.

“Vlasov is the biggest test of my career. A victory over him will validate me as a worthy challenger for a world title. I promise to give the fans a very exciting fight on Jan. 24.”

“I think that with all things being equal, if he continues along this path, that he will be more popular than either Canelo or Chavez,” said Arum of Ramirez, whose nickname, “Zurdo” means “left-handed.”

“I think that it’s a real possibility, particularly since he’s learning to speak English and that he’ll be bilingual and he’s got a great personality and a fabulous fighting style.”

The 28-year-old Vlasov (30-1, 15 KOs) has won 11 consecutive fights, five by knockout, and is coming off a seventh-round stoppage of Ruben Eduardo Acosta in July.

“I box to live and I live to box,” said Vlasov, from his Russia-based training camp. “I want this victory very badly. This is my time and I am ready to prove it.”