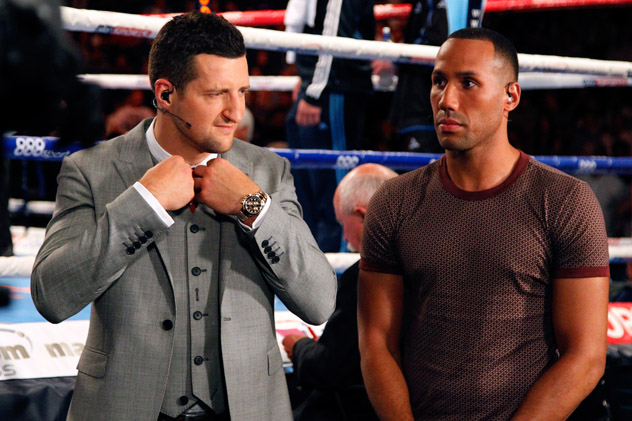 Both Froch and DeGale are promoted by Eddie Hearn of Matchroom Sport.

In his last fight in November, DeGale dropped and stopped former title challenger Marco Antonio Periban in the third round, representing his third consecutive knockout win, and it happened against a fighter who never had been knocked out. In his previous fight in May, DeGale, 28, knocked out previously undefeated Brandon Gonzales in four rounds in an IBF eliminator for the right to face Froch (33-2, 24 KOs).

THE RING’s No. 1-rated super middleweight and the magazine’s 10th-rated fighter, pound-for-pound, Froch’s past two wins were against previously undefeated Groves in November 2013 and May by ninth and eighth round knockouts.