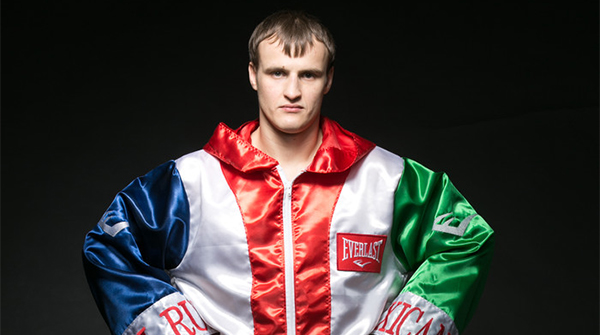 A defense by IBF featherweight beltholder Evgeny Gradovich in his native Russia opposite Lee Selby is being targeted for late March, according to Egis Klimas, Gradovich’s manager. It would be the first time Gradovich has fought as a pro in the country of his birth.

Gradovich-Selby has yet to be approved by the IBF, although organization Championships Chairman Lindsey Tucker said, “We just sent them the letter on Dec. 31, 2014 to start negotiations,” adding, “If they have decided to hold the fight, we have not been notified and we have not received signed contracts.”

Top Rank has Gradovich, and Eddie Hearn of Matchroom Sport has Selby. Tucker said a “late March” date “falls within the guidelines” of the IBF rules.

“I am going to trying to see if that fight can take place in Russia…so we’re probably thinking that it will take place at the end of March,” said Klimas.

“If we can get that confirmed with a Russian promoter and the date and the purses and everything, then we can go to the IBF and say, ‘Here is the date; let’s do it in Russia,’ and I don’t think they’re going to be very strict about that. It should be worked out for both sides.”

A native of Wales, Selby (20-1, 8 knockouts) set out to prove that he was not “over-hyped” with October’s ninth-round stoppage of previously unbeaten Joel Brunker, whom he considered to be “a tougher fight” than Gradovich.

In victory over Brunker, Selby won the right to face Gradovich (19-0-1, 9 KOs), who was last in action for a disputed draw with undefeated Jayson Velez in November.

Selby, 27, has won 16 straight fights, eight by stoppage, since being decisioned by Samir Mouneimne in May 2009. Prior to facing Brunker, Selby had stopped Rendall Munroe in the sixth round in February and unanimously decisioned Romulo Koasicha in May.

Prior to facing Velez, Gradovich was in action for a unanimous decision over Alexander Miskirtchian in May that followed his ninth-round stoppage of former titleholder Billy Dib in November of last year.

Gradovich, 28, won his belt by split decision over Dib in March 2013 and made his first defense with a unanimous decision over Mauricio Javier Munoz in July 2013.