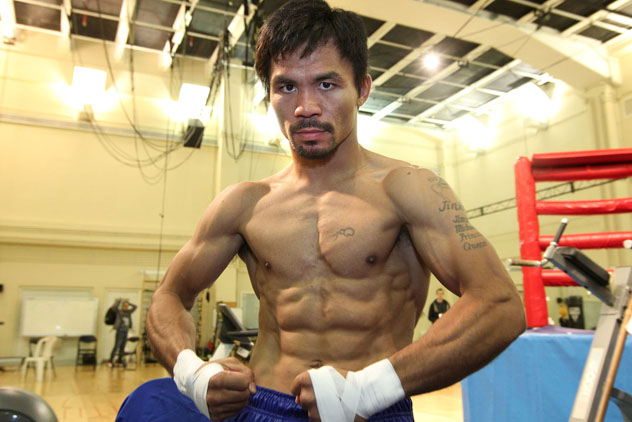 With a few hours left in 2014, Manny Pacquiao made what may be his final plea of the year to Floyd Mayweather Jr. toward making their highly-anticipated mega bout a reality.

“The ball will drop at midnight to usher in 2015,” read a message on Pacquiao’s Twitter account on Wednesday. “@Floyd Mayweather, let’s not not drop the ball on fighting each other next year! #LetsMakeFistory.”

Pacquiao’s assertion followed an earlier response to Mayweather’s that he “would love to fight Manny Pacquiao” on May 2, a date the RING’s No. 1-pound-for-pound fighter called “Cinco de Mayweather” during a Dec. 12 interview on Showtime in which Mayweather also said he “wanted that fight a long time ago.”

“Mayweather can get the amount he wants,” Pacquiao responded on Dec. 16. “Money is not the issue in our fight.”