Fighter of the Year contender Naoya Inoue makes his move 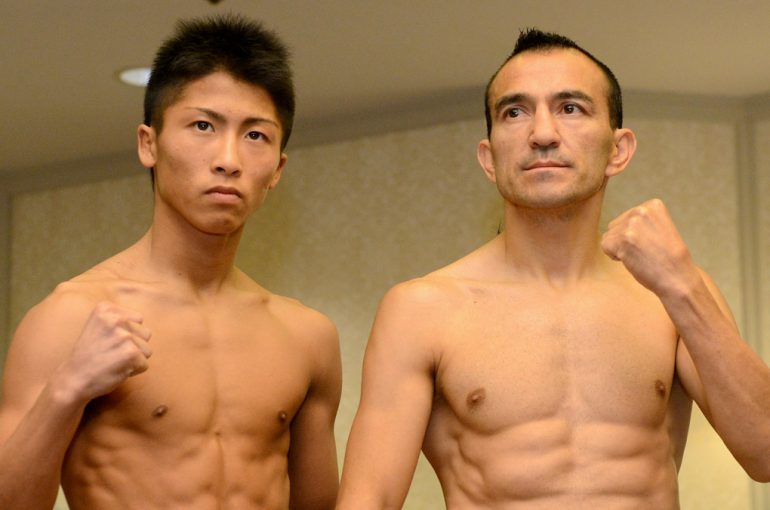 While many may have already made their picks for boxing year-end awards, one serious contender for Fighter of the Year still has the possibility for a major 11th-hour statement in 2014.

Naoya Inoue will get a chance at a third big win in the calendar year when he steps up two divisions to face long-time WBO junior bantamweight titleholder Omar Narvaez on Tuesday, Dec. 30, at the Metropolitan Gym in Tokyo, Japan.

The 21-year-old Inoue (7-0, 6 knockouts) turned his third year as a professional into a year to remember, winning the WBC junior flyweight belt with a sixth-round stoppage of respected titleholder Adrian Hernandez in April. Inoue followed that performance up with an 11th-round stoppage of Samartlek Kokietgym in September.

Should Inoue successfully step up to 115 pounds and unseat Narvaez (43-1-2, 23 KOs), who has racked up 12 successful defenses of his championship, those who have already filled out their ballots may need to put their erasers to work.

The 39-year-old Argentine will be fighting outside of his native country for the first time since 2011, when he sustained his lone defeat to Nonito Donaire in New York City.

The card will also feature former two-division titleholder Jorge Linares, who will vie for the vacant WBC lightweight title against Javier Prieto. The title was stripped from Omar Figueroa Jr. in November as Figueroa contemplates a move to 140 pounds.

Linares (37-3, 24 KOs) is hoping his second shot at a lightweight title will be successful after being stopped by Antonio DeMarco in a 2011 heartbreaker, then being knocked out in two rounds by Sergio Thompson the following year in a title-eliminator upset.

Linares has now won six straight while Prieto (24-7-2, 18 KOs), of Buenavista Tomatlán, Mexico, has been unbeaten in his last 10 fights and drew twice with Ivan Cano in two appearances in 2014.

In short, while the year of 2014 may be nearing its end, there is still plenty of boxing to be decided before we turn the page on a new calendar.