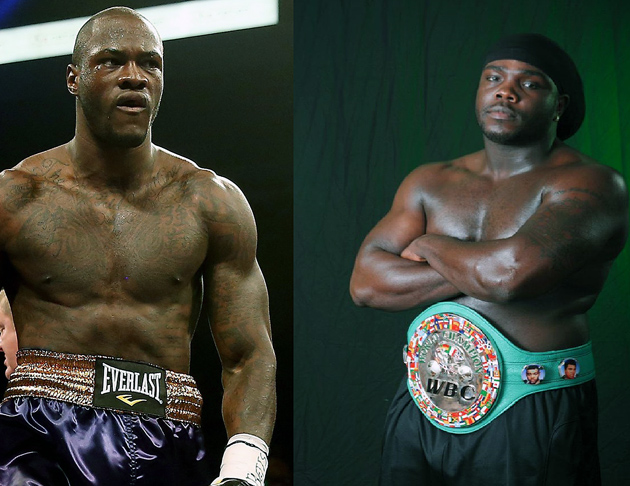 Bermane Stiverne promises “a short night” for Deontay Wilder, adding that their Jan. 17 heavyweight bout is “going to be painful.”

Wilder has vowed that their clash for Stiverne’s WBC title at the MGM Grand in Las Vegas is “not going past four” rounds, adding, “I don’t get paid for overtime:”

Stiverne (24-1-1, 21 knockouts) will make his first defense against Wilder (32-0, 32 KOs), who is trying to become America’s first titleholder in the division since Shannon Briggs in 2007. Briggs lost a unanimous decision to Sultan Ibragimov, giving up the WBO strap he had won from Sergei Liakhovich seven months earlier.

Stiverne is coming off a sixth-round technical knockout over Chris Arreola in May that earned the belt which had been vacant since Vitali Klitschko retired to pursue a political career in Ukraine. The victory also made Stiverne the first heavyweight titleholder of Haitian descent.

“Defending my title in Vegas at the MGM Grand is a dream,” said Stiverne, 36, who lives in Las Vegas. “Nobody will beat me. This belt isn’t going anywhere.”

Stiverne-Arreola was a rematch of a bout in April 2013, a unanimous decision victory for Stiverne. Stiverne is 12-0-1 with nine stoppages since being knocked out in the fourth round by Demetrice King in July 2007.

A 2008 U.S. Olympic bronze medalist and the last American man to medal in Olympic boxing, Wilder is coming off a fourth-round knockout of Jason Gavern, whom he dropped in the third and final rounds in August.

“I don’t get paid for overtime,” said Wilder, 29, who has knocked out every opponent in four rounds or less, with only four opponents having gone that far. “So why go all the way. That’s why I finish things early in the ring. I don’t want anyone to make excuses to me.”

Wilder has taken exception to those who have questioned the validity of the stoppage of Scott.

“I don’t want people to discredit me anymore,” said Wilder, a 6-foot-7 resident of Tuscaloosa, Ala. “The time has come to change that. I have heard nothing but excuses for my 32 wins by KO, and when I get 33, I don’t want to hear anything about it.”