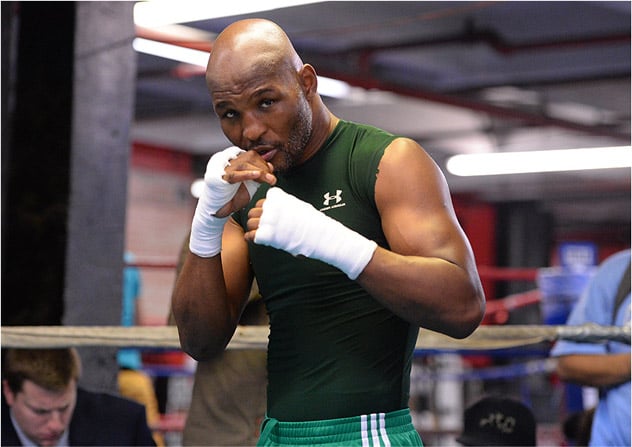 A little more than a month after having participated in his most recent fight, and only five days after his 50th birthday, Bernard Hopkins will return to action, albeit in the role of a boxing promoter.

Hopkins, who turns 50 on Jan. 15, will be wearing his promoter’s hat on Jan. 20 when a Golden Boy Live! show headlined by junior lightweight Eric Hunter (19-3, 10 knockouts) and Nicaragua’s Rene Alvarado (21-3, 14 KOs) takes place at the 2300 Arena in Philadelphia, the hometown of both Hopkins and Hunter.

Hopkins was in action for last month’s unanimous decision loss to unbeaten Sergey Kovalev, who added Hopkins’ IBF and WBA light heavyweight titles to the WBO belt he already owned.

“I’m so excited that Golden Boy has decided to honor my birthday in this way,” Hopkins said of the event to be televised on Fox Sports 1 and Fox Deportes. “The best present that they can give me is to bring a great night of fights to my hometown and give Philly boxing fans something to celebrate.”