Ivan Redkach to return in January 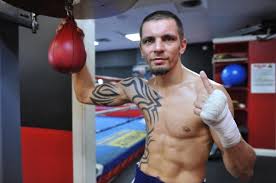 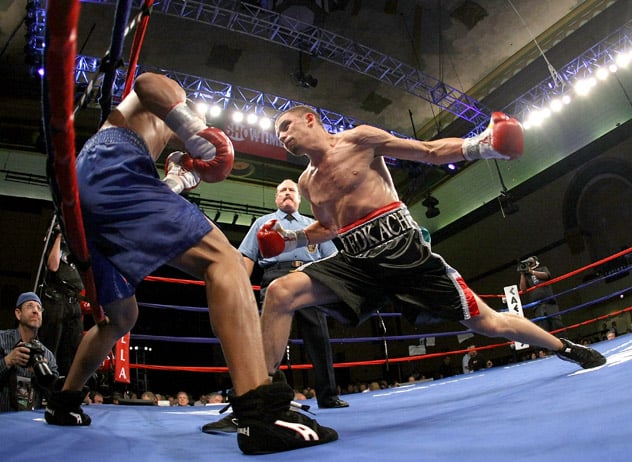 Ivan Redkach (R) on his way to a sixth-round knockout of Alberto Amaro in 2011. Photo by Al Bello/Getty Images.

Undefeated lightweight Ivan Redkach will fight an opponent to be determined on Jan. 9 at the Morongo resort in Cabazon, California, promoter Lou DiBella said on Friday.

Also on the card is 26-year-old middleweight Ievgen Khytrov (7-0, 7 KOs), who will face an opponent to be determined.

Having fought seven times in 2014, Khytrov most recently scored first-round stoppages against Willie Fortune and Louis Rose, both of whom were knocked out for the first time.

“He’s my newest middleweight that I’m co-promoting now. He’s the next Golovkin,” said DiBella. “We’re going to announce the card early next week, but he will be in the co-feature.”

“That’s a helluva fight,” said DiBella. “They’re both undefeated guys who have one draw.”

The 6-foot-5 Fox is coming off a unanimous decision over Jonathan Garcia in September, with the lone blemish on his record being a draw with undefeated Frank Galarza in September 2012.

Day was last in the ring for a unanimous decision over Felipe Reyes in October, ending his own run of three consecutive stoppage victories.