Barclays Center in running to host Klitschko-Jennings on April 25 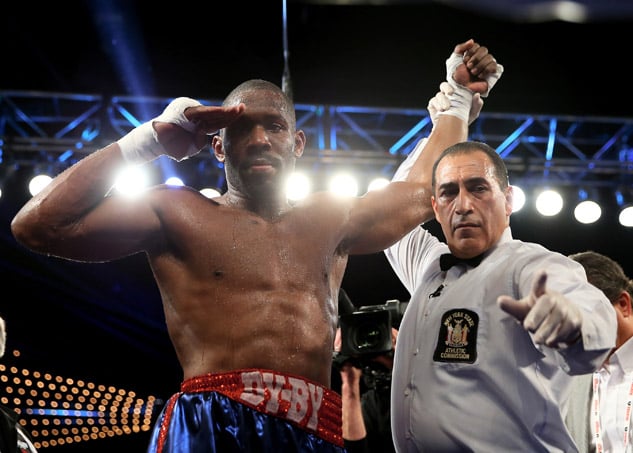 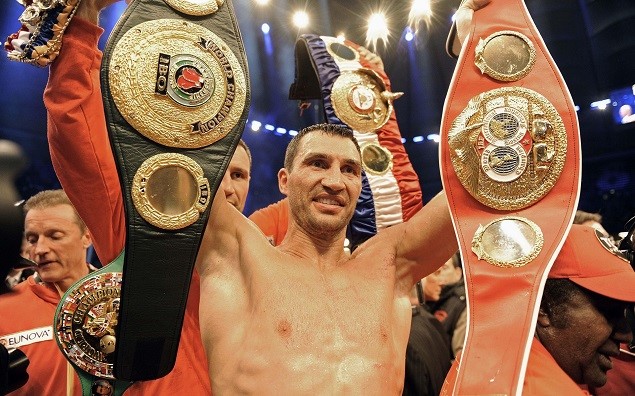 RING heavyweight champ Wladimir Klitschko will defend his title against Bryant Jennings on April 25 at the Barclays Center in Brooklyn, N.Y., according to a report by ESPN.com.

“The deal has not been signed and the deal is not done yet but it’s in the works,” stated a source familiar with the contractual details. “The Is need to be dotted and the Ts need to be crossed, so it is not completed as of yet.”

“The fight will be at the Barclays Center and we are very, very pleased,” said Boente. “The contract is not signed yet but we have a handshake deal and we are getting everything finalized. It’s a really good deal for both sides. We are all looking forward to a big event.”

Jennings’ promoter, Gary Shaw could not be reached for an immediate comment. But during an interview earlier this month, Shaw confirmed that a deal to face Klitschko was close to being finalized.

“I can tell you on the record that I’ve been contacted,” said Shaw. “I’ve had some discussions and that’s all that I can really comment on. They have mentioned [April 25] as one of the dates, yes.”

Klitschko-Jennings would mark the 11th boxing event to be held at the two-year-old Barclays Center, the first in October 2012, headlined by RING junior welterweight champion Danny Garcia’s fourth-round knockout of Erik Morales.

Barclays Center CEO Brett Yormark has since transformed the home of the Brooklyn Nets into a boxing attraction [read below] that has caught the eye of Floyd Mayweather Jr., who considered fighting there this past spring before choosing to face Marcos Maidana at the MGM Grand in Las Vegas in May.

The Jennings defense will also mark Klitschko’s first bout in the United States since February 2008, when his unanimous decision over previously undefeated Sultan Ibragimov at New York’s Madison Square Garden added the WBO belt to the IBF title he already owned.

Klitschko (63-3, 53 knockouts), who holds the WBA title, is coming off a fifth-round stoppage of previously undefeated Kubrat Pulev last month. The bout was the first of a three-fight deal Klitschko has with HBO.

The 38-year-old champ made his 17th straight defense with the stoppage of Pulev, representing Klitschko’s 26th title bout. His record in title bouts is 24-2 including 22 defenses (over two reigns). However, Klitschko ranks third in consecutive defenses at 17 behind Larry Holmes (at 2o) and the legendary Joe Louis (at 25).

Jennings (19-0, 10 KOs), of Philadelphia, was last in action for a split-decision victory over previously unbeaten Mike Perez in July, ending Jennings’ own run of four straight stoppage wins.

THE RING’s No. 5-rated heavyweight, Jennings, 30, is actually the mandatory challenger to the winner between RING No. 2-rated WBC titleholder Bermane Stiverne and RING No. 6-rated Deontay Wilder.

Stiverne-Wilder will take place at the MGM Grand in Las Vegas on Jan. 17 on Showtime. Co-promoted by Don King Productions and Golden Boy Promotions, the Stiverne-Wilder card will also feature Leo Santa Cruz defending his WBC junior featherweight title against an opponent to be determined.

The following are the 10 boxing events hosted by Barclays Center with Golden Boy promoting all but Chris Algieri vs. Ruslan Provodnikov, which was a Banner Promotions/Star Boxing event: