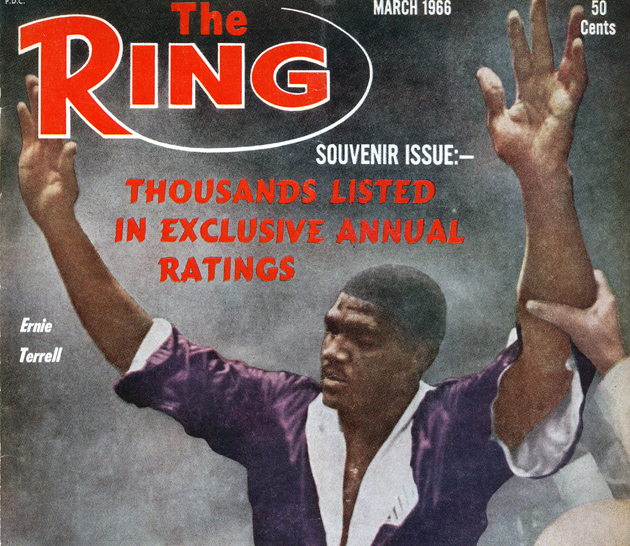 According to reports Ernie Terrell, who once held the WBA portion of the heavyweight title, tragically passed away on Tuesday at the age of 75.

To modern boxing fans, Terrell is best known for sustaining a 15-round thrashing at the hands of Muhammad Ali, during the ignominious “What’s my name?” title fight in February 1967. Still, like many heavyweights who waged war against “The Greatest”, Terrell has his own unique story and there is so much more to the Mississippi-born giant, who later adopted Chicago as his home city.

The man Ali labelled “The Octopus,” because of his hit-and-hold style (there is irony there), turned professional in 1957 and built up a solid resume. At 6-foot-6, he was extremely athletic with an educated left jab and a very under rated straight right hand. 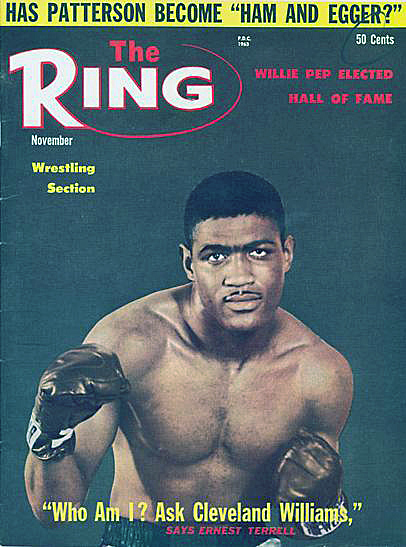 His first real opportunity came against the fearsome Cleveland Williams in April 1962, a bout refereed by then-heavyweight champion of the world Sonny Liston. Williams scored a violent seventh-round stoppage but the defeat proved to be an invaluable learning curve for Terrell, who proceeded to cut a path through a highly competitive division.

In 1963 he avenged his loss to Williams via split decision, outclassed a peak Zora Folley and knocked out future light heavyweight legend Bob Foster, who was attempting one of his very first incursions into heavyweight territory. In the ensuing years, “Smokin” Joe Frazier and Ali would also swat Foster back down to 175 pounds.

In February 1964, Ali (then Cassius Clay) sensationally upset Sonny Liston and, after recovering from a hernia operation, opted for a direct rematch. The WBA would not sanction that fight, refused to recognize Ali as champion, and decided to stage a vacant title bout between Terrell and another rising contender, Eddie Machen, in March 1965.

Terrell won a 15-round unanimous decision, with room to spare, and would successfully defend against George Chuvalo and Doug Jones but, for all intents and purposes, there was only one Heavyweight Champion of the World.

Muhammad Ali and Terrell had known each other since their amateur days and a fight between them had been brewing for years. Following a crunching third round demolition of Cleveland Williams “The Greatest,” now at his peak, signed on for what could loosely be described as the first heavyweight unification clash in boxing history.

The Astrodome in Houston, Texas, would play host to one of the ugliest and most brutal beatings ever seen in any weight class.

While citing intolerable provocation, during a hostile pre-fight encounter, Ali slapped his rival across the face for 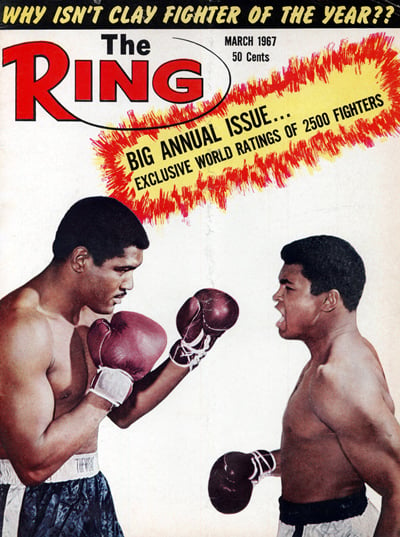 uttering the dreaded words “Cassius Clay” live on ABC television, and labelled him an “Uncle Tom.” That type of taunting became even more flagrant when the bad blood coalesced in the ring.

Terrell was battered mercilessly, sustained a serious injury to his left eye, and lost almost every one of the 15 contested rounds. He always maintained that the eye damage, which later required an operation, was the direct result of deliberate thumbing in Round 2, an accusation which Ali vehemently denied.

At only 27 years of age, Terrell was finished as a serious contender. Two months later Ali refused induction into the US Army and the WBA created an elimination tournament designed to find a successor. Terrell would lose a 12-round decision, in the very first bout, to rising heavyweight force Thad Spencer and another points defeat to Manuel Ramos looked like the end.

Note: Joe Frazier ignored this tournament and over time became recognized as champion by all relevant commissions.

Disenchanted with how his career was progressing, Terrell entered retirement and when he did return in 1970 it was, for the most part, against weak opposition. His most impressive victory during this period was a six-round knockout of Jose Luis Garcia, who had knocked out future heavyweight legend Ken Norton two years earlier.

Terrell’s career finally ended in 1973, with a brace of defeats to Chuck Wepner and the unheralded Jeff Merritt. His career tally was 46-9 (21 knockouts).

In retirement, he would prove to be very successful in the music business. Early on in his boxing career he had actually launched a popular singing group with his sister, Jean, who would later replace Diana Ross in The Supremes. Terrell also tried his hand in politics but lost the 1987 election for alderman of Chicago’s 34th ward.

He will be missed.