Julian Williams won’t be satisfied until he’s No. 1 pound-for-pound 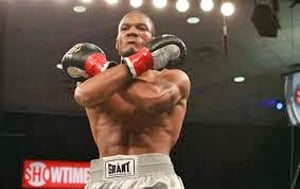 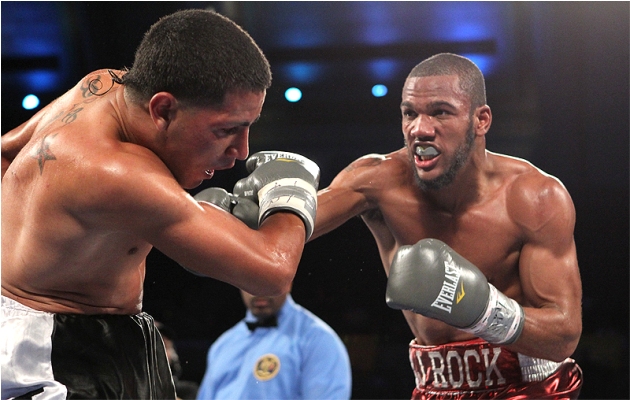 Having entered THE RING’s junior middleweight ratings this at No. 10, Philadelphia’s Julian Williams is looking to display the skills that got him there on Saturday at the Little Creek Casino Resort in Shelton, Washington.

As part of a quadrupleheader topped by featherweights Jesus Cuellar and Ruben Tamayo on Showtime Extreme, Williams (17-0-1, 10 KOs) will face Mexico’s Edgar Ortega (15-2, 10 KOs), whose 10-fight winning streak ended with a unanimous decision loss to Pablo Munguia in October.

In his last fight in September, Williams, 24, won a battle of undefeated fighters by outpointing Eliezer Gonzalez, ending the loser’s streak of six consecutive knockouts.

“I just want to show improvement from my last fight, and I want to win in dominant fashion. If the knockout comes, then it comes,” said Williams, who goes by the nickname “J-Rock.”

“I just want to correct the things that I did badly in my last fight and to implement them in this fight. I want to not only win, but to have a dominant performance.”

In September 2013, Williams was ahead during a fight with unbeaten Hugo Centeno when an accidental clash of heads caused cuts over the left eye of both fighters, forcing their bout to end in a no-contest.

Williams had that fight in mind two weeks ago while watching Centeno drop and stop James De La Rosa in the fifth round of their Dec. 6 middleweight bout.

Williams discussed Saturday fight, as well as his future, in this Q&A below.

RingTV.com: Being ranked No. 10 in THE RING’s junior middleweight ratings, was that a long time coming?

Julian Williams: Wow, that means a lot, it really does, because I’ve been working hard. That means that I’m moving in the right direction.

RingTV.com: What do you think of the guys ahead of you, such as Lara,Trout, Andrade, Martirosyan, the Charlo brothers, Bundrage and Molina?

I’m not going to be satisfied until I’m No. 1 on the pound-for-pound list, and not just the No. 1 junior middleweight in the world. But the division is stacked, man, anywhere that you go. I think that once you get into the top 10 that everybody can fight.

You might lose one or you might win one, but that’s just how it is. It’s going to be a long road to me being No. 1, but I’ve got the talent and I’ve got the work ethic to get it done, and that’s what I plan on doing.

RingTV.com: What are your thoughts on the two guys who were in action this past weekend in Lara and Trout?

JW: I think that I’m ready right now. I think Lara’s a really, really good boxer, but that Ishe actually did better than I thought he would do. But Trout, I think that he looked good, also, and that he did what he had to do. I thought that he did pretty good.

RingTV.com: Your thoughts on your last performance against a guy who was undefeated and who had six straight knockouts?

JW: Well, I always want to see improvement. I thought that I was a little bit anxious going into that fight. I was coming off of some pretty good knockouts with three in a row, and I wanted to keep the string going.

Everybody loves knockouts, because with the knockouts, the ratings are better and my checks are bigger. That’s just how boxing is. But I just got caught up a little bit in the moment and being a little too anxious and over did it a little bit.

I just needed to give myself a little time to relax, and, then, if the knockout comes, then it comes. I will just take what I learned from that fight and do it in this next fight.

RingTV.com: Your thoughts on your next opponent, who had a 10-bout winning streak that included six knockouts before losing his last fight?

JW: For sure, I will definitely be able to show an improved game plan in this fight. I don’t think that he’s as good as the last kid is. I always want to look dominant in my performances, and the only thing that I need to work on is just being relaxed and just taking my time.

I like to get in there and mix it up and to actually fight, man, so I don’t really have to lay back and box all the time.

I like to get in there and mix it up and give the crowd a good show. But sometimes, you do have to lay back and box and wait for the opportunities to develop. In my last fight, I still got the win, and, I mean, I shut him out. I beat a pretty good kid in my last fight. He was a prospect. He was a 14-0 kid who was an undefeated prospect.

He hadn’t really fought anybody, but he still was undefeated and he had the pedigree from what I could see. But I actually shut him out in what I would call a not-so-good performance, but I’m a little biased about myself. I still did a lot of good stuff within those rounds. But I was really sort of aggravated about myself because I didn’t take my time.

But I learned a lot. I’m only 24, and before I get to that championship level, and maybe to fight for a title in 2015, I need to have those kinds of fights, because it was more competitive. It was more competitive than a lot of people thought that it would be. But when I got out of the ring, I remember talking to Paulie Malignagg, who told me that was a good fight.

Because at the top level, every fight is gonna be like that. Every round is going to be competitive. So it was good that I got that experience at this time, now, because I can now go and work on some things that I see that I need to get better at in that fight and to improve on. So, I will work on those things, and I’m looking to show that in this next fight coming up right here.

RingTV.com: Would you like to have that draw with Centeno back, given that you were ahead on the cards at the time of the head-butt stoppage, and that he recently looked good as a middleweight against De La Rosa?

When me and Centeno fought, we both clashed heads and we both got cut over the same opposite eye. It was the same exact cut in the same place on both of us. Mine was on my left side. The kid was good, and there is actually nothing bad that I can say. He was a game, motivated fighter.

I’m not saying that De La Rosa is a world-beater, but Centeno was motivated against a guy who actually came to fight. Centeno got him out of there, and that’s definitely a fight that can happen in the future. But, as of right now, he’s at middleweight, and I’m at junior middleweight trying to make my home here.

So, we’ll see. Maybe we can meet somewhere in the middle. But I think that would be a fight that the fans would want to see, especially the Mexican fans. So it can definitely happen, and if it does happen, then I’ll be excited for it.

RingTV.com: Would you have to have a knockout this weekend to consider yourself satisfied with your performance?

JW: To be honest with you, I just want to show improvement from my last fight, and I want to win in dominant fashion. If the knockout comes, then it comes.

I just want to correct the things that I did badly in my last fight and to implement them in this fight. I want to not only win, but to have a dominant performance.