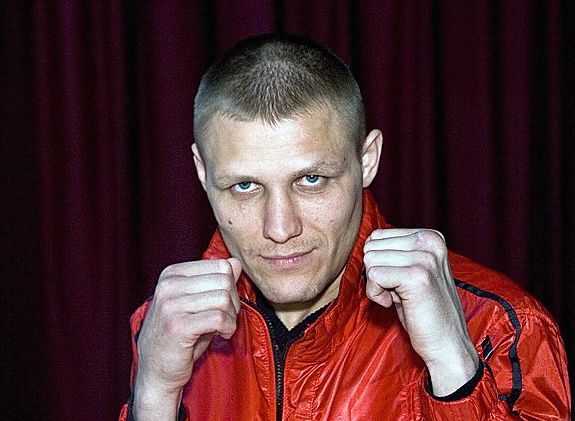 Adonis Stevenson’s counterparts in the light heavyweight division have questioned his heart since the RING/WBC champion signed with adviser Al Haymon in February and bolted to Showtime from network rival HBO in March.

IBF/WBA/WBO titleholder Sergey Kovalev, who is aligned with HBO, lamented “a lost opportunity to knock out” Stevenson. Former RING and WBC champion Jean Pascal, who will challenge Kovalev on March 14, has called his fellow Canadian resident and Haiti-born countryman “Aducknis Chickenson.”

“He looked nervous at the podium, like he wasn’t ready to fight. But I am ready to fight,” said Sukhotsky, 33, who will be after his fifth consecutive victory and his fourth stoppage during that run against the self-proclaimed “king of the light heavyweights.”

Nicknamed “Superman,” Stevenson looked shaky during his last bout in May, when he scored knockdowns in the first and fifth rounds but had to rise from the canvas himself in the ninth round of a unanimous decision over Andrzej Fonfara.

A 37-year-old southpaw, Stevenson took a run of 13-1 with 14 knockouts in his previous 14 fights into the bout with Fonfara, and had stopped 10 consecutive opponents since being knocked out by Darnell Boone in April 2010.

“He has flaws and it is our job to find them and find a way to win the fight,” said Sukhotsky, who last suffered defeat by unanimous decision in July 2012 to Cornelius White. “It’s always different when you fight a southpaw, but we prepared for it. We prepared for everything that can happen in the ring.”

Sukhotsky’s credentials include a second-round stoppage in October 2011 over Nadjib Mohammedi, who is now the mandatory challenger to Kovalev’s belt.

Sukhotsky’s other loss was was in December 2009 by unanimous decision to then-WBO titleholder Juergen Braehmer, after which he reeled off four straight knockouts before falling to White.

In his last fight in June, Sukhotsky unanimously decisioned Joey Vegas, this after having stopped his previous three opponents in one, three and five rounds, respectively.

“I’m ready to fight. I’m here to make a statement,” said Sukhotsky. “This isn’t my first time fighting for a world title. Only this time, I will win.”