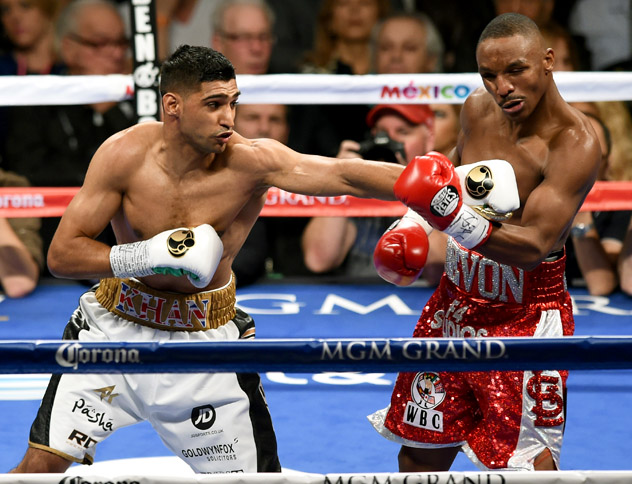 Amir Khan turned in perhaps the best performance of his career, easily outpointing Devon Alexander in a 12-round welterweight fight Saturday in Las Vegas.

Khan (30-3, 19 knockouts) was too fast and too good for Alexander, using his long jab and quick, hard combinations to dominate a very good opponent in the Showtime main event. Alexander (26-3, 14 KOs) landed a few good shots but grew more and more frustrated as the fight went on because he couldn’t get to Khan consistently.

Khan has now won four consecutive fights since he was stopped by Danny Garcia in 2012, including both of his fights at 147 pounds. He defeated Luis Collazo by a wide decision in May. The Briton is now in thick of things among the top 147-pounders in the world.