Mauricio Herrera: The most underrated jr. welterweight in boxing 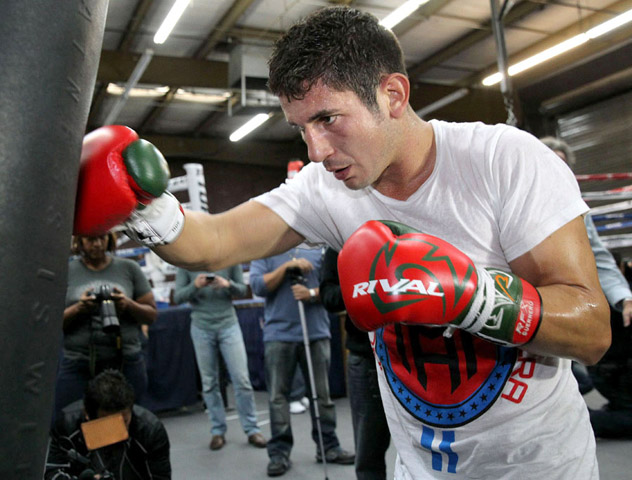 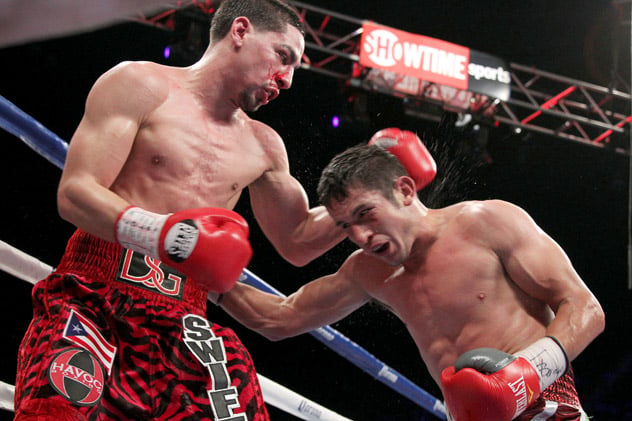 At the age of 34, Mauricio Herrera is well aware that he doesn’t have much time to waste so he wants all of the toughest fights possible. But this isn’t anything new and has been his mantra ever since he turned pro at the age of 27.

Over the course of his career, “El Maestro” has played spoiler against white-hot prospects with victories over Ruslan Provodnikov and hotly disputed losses to the likes of Danny Garcia and Mike Alvarado. Win or lose, Herrera usually ends up exposing his opponent and is becoming the fighter that no promoter wants to risk putting their rising stars against.

So when Herrera (21-4, 7 knockouts) steps into the ring with unbeaten prospect Jose Benavidez Jr. (21-0, 15 KOs) to defend his WBA interim 140-pound title, he is once again planning to spoil any kind of coming out party and remind the boxing world that he isn’t anybody’s doormat to walk over.

“A lot of things are going to new for him on Saturday night,” Herrera says of his opponent who has yet to fight past eight rounds. “I don’t know how many rounds he can go but we are going to test him. I see it a chess game for the first couple of rounds but I’m going to have to put the pressure on him later if he’s not bringing the fight.”

Herrera has made it clear from the outset that he’s looking to steal the show on the undercard of Timothy Bradley-Diego Chaves from the Cosmopolitan of Las Vegas on Saturday night. He’s done it before with his back and forth war with Mike Alvarado and plans to take Benevidez to the deepest and darkest of waters with hopes that he’ll sink the 22 year old’s world title hopes.

For Herrera, despite being on the other side of 30, he believes that his hard knock career is the reason why he will show a greater hunger than his younger opponent. Regardless of what his record looks like, Herrera believes that he’s worked far too hard to be a titleholder (albeit an interim one) and will not relinquish it to anybody without a fight.

“I’ve had a tough career and been robbed but I’m happy how things have turned out,” Herrera told RingTV.com. “I was frustrated before but finally this year has been good to me. I’m keeping busy and now I’m fighting an unbeaten kid in Benevidez. I didn’t have to take that fight but that’s why I’m here. I want to fight the best and take on whatever they throw in front of me. That’s what takes you to the top.”

Even though he dropped a disputed decision to RING champ Danny Garcia in March, Herrera believes that his career has been better off since the loss.

“I’m the champ and I’m the one who keeps fighting the tough guys,” Herrera says. “That’s what (Garcia) should be doing. He’s taken another route so I’m just going to pretend that I’m the champion, keep fighting and get a rematch with him. I’m sure he doesn’t want it though.”

Should Herrera spoil another young fighter’s hopes on Saturday, there is some concern that promoters will do their best to avoid him. But Herrera coyly suggests that his opponents should have nothing to worry about.

“Hopefully they keep putting them in there with me because I’m the ‘pillow puncher’ so they shouldn’t be afraid of me,” he says. “I think I’m the most underrated 140 pounder and a lot of people still don’t know who I am but this fight will gain a bigger following from me. The top fighters can’t hide from me much longer.”