Matt Korobov is focused on Andy Lee but thinking about GGG 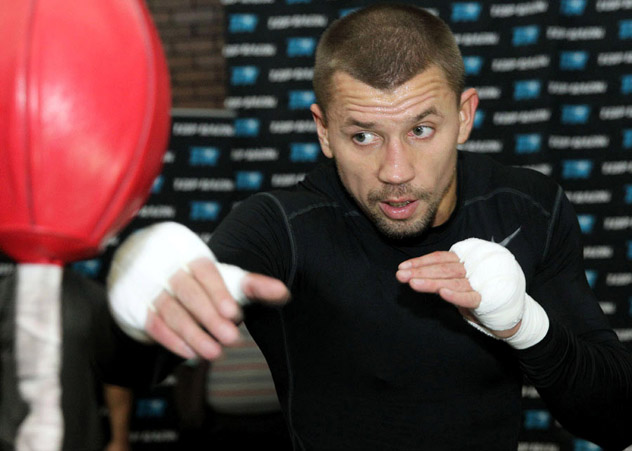 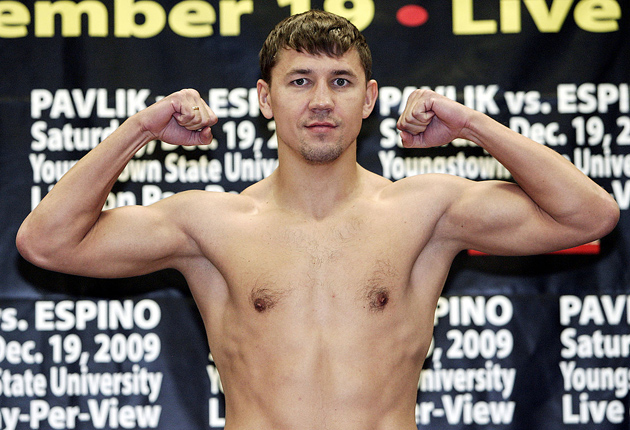 LAS VEGAS – Matt Korobov has been waiting a long time for his opportunity to become a world champion. Ever since he made his professional debut in 2008 with a third-round TKO against Mario Evangelista on the undercard of Julio Cesar Chavez Jr.-Matt Vanda II, there have been high hopes for the Russian.

However, his world title hopes would travel down a much longer road than most and he is finally seeing the fruits of his labor when he faces Andy Lee (33-2, 23 knockouts) for the WBO middleweight title on the undercard of Timothy Bradley-Diego Chaves at the Cosmopolitan on Saturday.

As excited as Korobov (24-0, 14 KOs) may be to finally get his shot at a major championship, there is another prize that the unbeaten 31-year-old has his eyes on: Gennady Golovkin.

When speaking to members of the media during his workout on Wednesday, Korobov was quick to reveal that Golovkin is the fight he wants to make happen should he come out on top against Lee.

Korobov dropped a decision to Golovkin at the 2003 world amateur championships in Bangkok and admits that the loss still stings a bit as he watches GGG become one of the top fighters in the sport.

“It was a long time ago and I wasn’t that ready for that fight then like I am now for this championship fight with Lee. That was my first big tournament.”

Korobov says that Golovkin is very much the same fighter style-wise that he was a decade ago and isn’t too surprised with his success thus far in his career. However, he’s curious as to what will happen when GGG steps up his completion. “He’s good, no doubt. He has to fight with somebody on his level. We’ll see what happens with Murray but we’re definitely going to fight him in the future,” Korobov said definitively.

As for Lee, Korobov believes he is a good fighter but doesn’t believe that the Irishman will have anything for him on Saturday night. When Lee suggested that he has the upper hand because of experience and better competition, Korobov chuckled at the mere thought and pointed at his 300-12 amateur record as the proof that Lee is not in the same league as he.

“Alright, show me on Saturday (that you’re more experienced and faced the tougher competition), I’ll take it,” said with a hint of sarcasm.

Regardless of what Lee thinks, Korobov believes that this is his moment and nobody can take it from him.

“This is my Olympic games because I didn’t do well in the 2008 Olympics,” he says. “This is a dream come true that started when I was a kid and watching pro fights. All of my coaches want to see me here so this is a great opportunity. I’m focused on taking this title.”