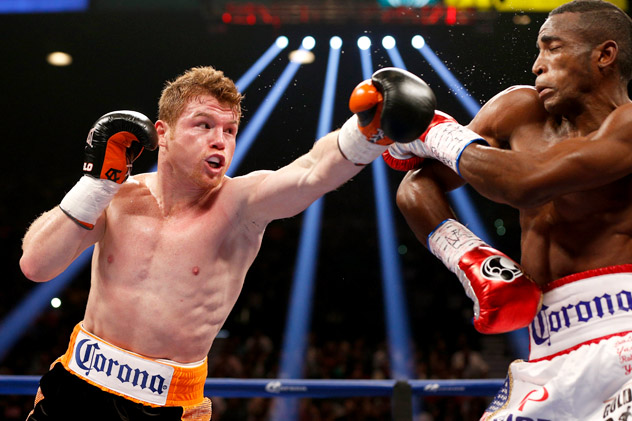 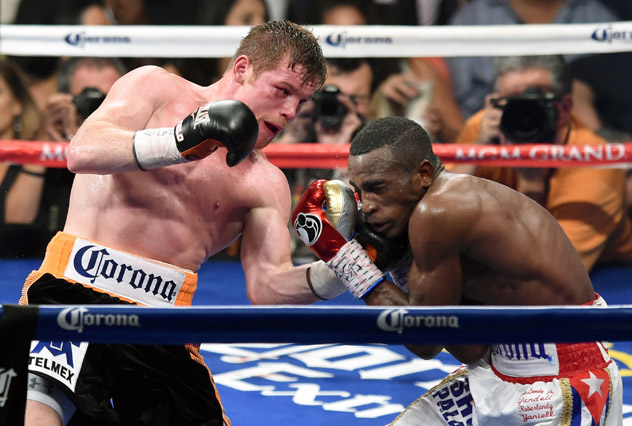 “My side is done and dealt with. We have agreed. So now, I’m waiting on Bob to get their side done,” said De La Hoya.

“Bob and I talked about the major issues that were a possible concern. But after our conversation, we found out that this fight will get made relatively sooner than anticipated. So we’re getting closer. We are getting closer. I have no doubt in my mind that we will get Canelo-Cotto done for the May 2 of next year.”

The bout would appear on HBO Pay-Per-View. on the Mexican holiday weekend of Cinco de Mayo, and is being targeted for San Antonio, Dallas, Las Vegas or New York.

Arum characterized himself as helping to “solve an impasse,” emphasizing that DuBoef and Penagaricano were leading the discussions on behalf of Cotto.

“I am not the one who is negotiating,” said Arum. “What happened was, there was an impasse, and Oscar reached out to me and I met with him, and we discussed how to solve the impasse and it was a very productive meeting. But the idea that I’m involved in conducting the negotiations with him is just not correct. I was called in to help out and to help to move the negotiations along. I believe that we had a very productive meeting, Oscar and I.

“We’re still negotiating. Miguel has not been informed yet of various details of the negotiations, and everything is progressing favorably. But it has to take a little bit more time. We have to go through the process.”

Cotto (39-4, 31 knockouts), of Puerto Rico, was last in the ring for his 10th-round technical knockout of Sergio Martinez in June at New York’s Madison Square Garden, where Cotto is immensely popular. Cotto, 34, is 8-1 with five knockouts at The Garden, and 10-1 overall in New York with six knockouts.

A 24-year-old Mexican star, Alvarez (44-1-1, 31 KOs) is coming off a split-decision victory over Erislandy Lara in July.

Prior to Lara, Alvarez scored a 10th-round stoppage of Alfredo Angulo that helped him to rebound from his majority-decision loss to Floyd Mayweather Jr. in September 2013. The Mayweather and Angulo bouts were both contested at the MGM Grand.

Prior to his loss to Floyd Mayweather Jr. in September 2013, Alvarez scored a unanimous decision over previously unbeaten Austin Trout that drew nearly 40,000 to The Alamodome in San Antonio, Texas.

It is primarily for that reason that the Alamodome is a consideration, as is the Dallas Cowboys’ Stadium, whose owner, Jerry Jones, has expressed interest in hosting Cotto against Alvarez.

“In terms of attendance, I am sure that will happen. New York is not out of the question, but our priorities are Las Vegas and Texas for this fight. So the venue still is open as to where we’re going to bring it, but first things first, and that’s that we have agreed on some major points, which is a huge step in the right direction. So I have no doubt in my mind that Canelo and Cotto will be fighting on Cinco De Mayo, and we’re moving in the right direction.”

Cotto-Alvarez could be a monster event given that Alvarez’s loss to Mayweather grossed a record $150 million, and Cotto is widely considered the most lucrative pay-per-view attraction in boxing behind Mayweather and Pacquiao.

De La Hoya has called a match between Cotto and Alvarez “very important toward possibly seeing the pugilistic rivalry between Mexico and Puerto Rico once again,” adding, “It would be Salvador [Sanchez] vs. [Wilfredo] Gomez, [Julio Cesar] Chavez Sr. vs [Edwin] Rosario, [Oscar] De La Hoya vs. [Felix] Trinidad. Huge!”