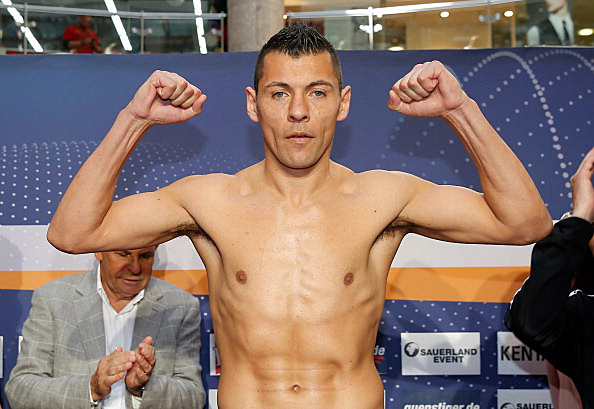 In the wake of the Jean Pascal-Roberto Bolonti fiasco, a new video has surfaced in which Bolonti’s manager/promoter Osvaldo Rivero appears to be ordering his fighter to stay down after receiving an illegal blow from Pascal in the second round of their light heavyweight bout in Montreal, Canada, this past Saturday, Dec. 6.

In the video, shot from behind the ringside photographers by an anonymous person and posted on YouTube, the unmistakable voice of Rivero is heard ordering Bolonti “Don’t get up! This is an outrage!”

Bolonti appears to react and lift his head up as he is tapped in the back by the ringside physician, but Rivero renews his calls for him to stay down with even more emphasis.

“Don’t get up, you son of a b┬À┬À┬Àh,” says Rivero, who does not appear on camera at any moment, just as Bolonti attempts to show some signs of recovery, and even though the referee had already waved off the bout as the doctor entered the ring. A few more ringside officials enter the ring at that moment, as the fight is already called off.

The fight ended officially in a no contest, but Bolonti has posted a complaint in his Facebook account indicating that the fight was originally called a DQ victory in his favor only to be changed to a no contest at the behest of Pascal’s management team in order to save the Haitian-Canadian’s planned bout against Sergei Kovalev.

Rivero is no stranger to controversy. In his most famous intervention during a fight, he climbed onto the ring apron to literally hold former junior welterweight titlist Juan Coggi upright by his trunks as he was completely knocked out on his feet in the second round of Coggi’s title defense against Colombia’s Eder Gonzalez in December of 1993.

Rivero’s actions in that infamous fight appeared to be coordinated with the bout’s referee, Isidro Rodriguez, who appeared to protect Coggi from further punishment, allowed him to stand on his corner beyond the customary 8-count, and ended the round earlier to protect the Argentine fighter, who was defending the title on home turf. Rodriguez was banned for life by the WBA for his actions in that fight.