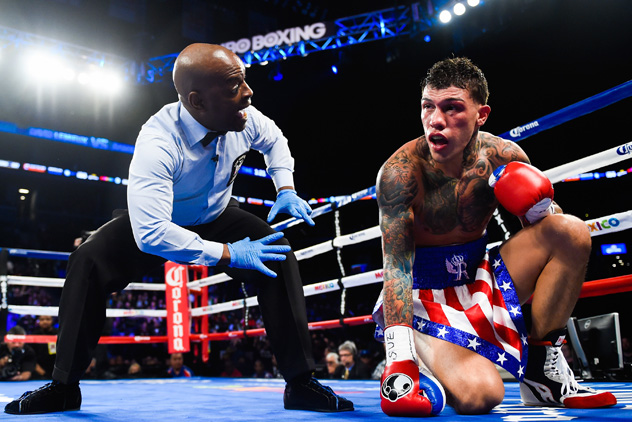 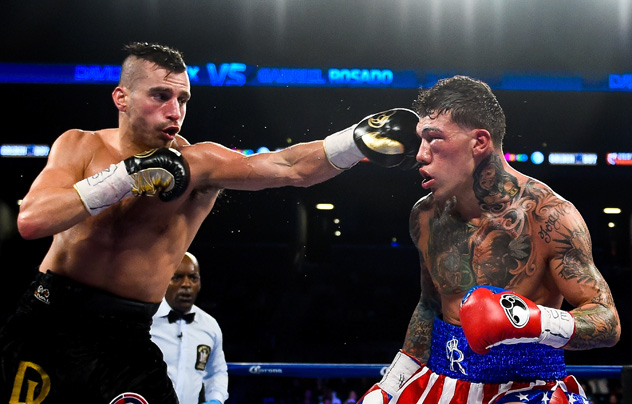 BROOKLYN — Middleweight puncher David Lemieux proved he could carry his vaunted power into the late rounds with a 10th-round TKO of former title challenger Gabriel Rosado on Saturday at Barclays Center. Referee Steve Willis stopped the bout at 1:45 of the round.

Lemieux (33-2, 31 knockouts), who scored a knockdown in Round 3, had his way in the early rounds but Rosado showed his usual grit and determination by fighting back hard after being dropped. The two traded big shots in Round 4 when Rosado seemed to get the better of Lemieux, but the 25-year-old Montreal native gradually took over the bout with his controlled aggression.

Lemieux stalked and punished Rosado (21-9, 13 KOs) in the late rounds, closing his left eye and bloodying his mouth and nose prior to the stoppage, which appeared to come at the behest of ringside doctors.

“Hats off to Rosado, he’s one hell of a fighter,” Lemieux said. “He’s a lot better than I thought. I wanted to show you all what I can do.”

He did. He’s not a frontrunner and he’s now a major player in the 160-pound mix.

A full ringside report by Michael Rosenthal will follow.