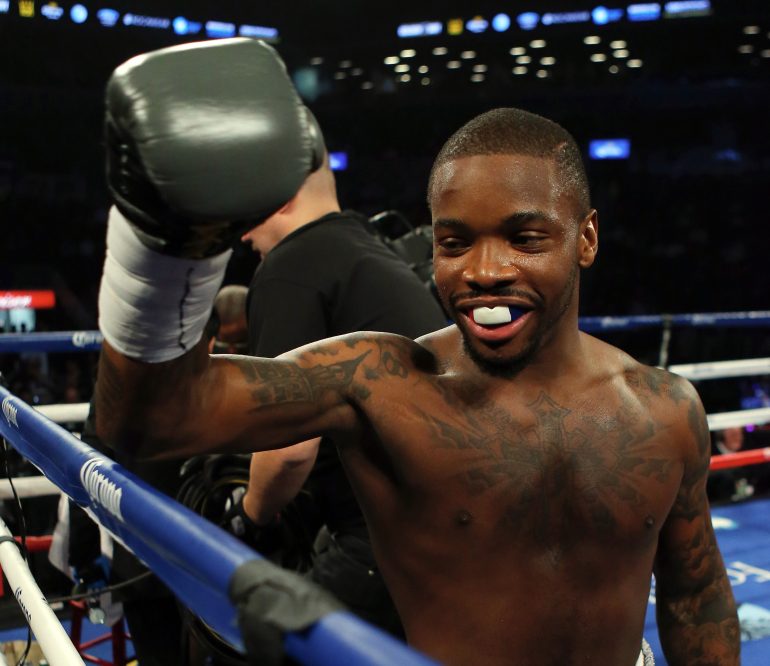 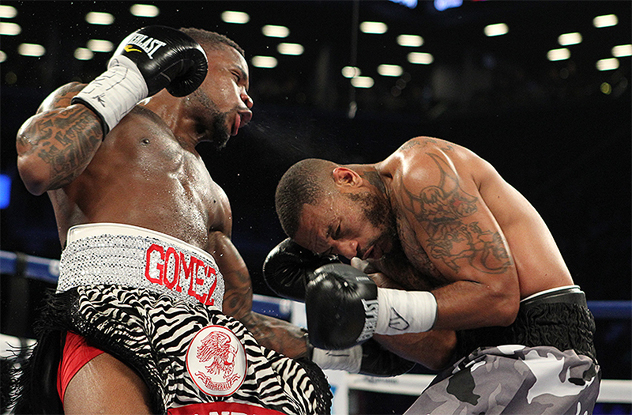 BROOKLYN – New York City-area prospects Eddie Gomez and Zachary Ochoa gave their fans something to cheer about with sharp performances in decision victories over tough journeymen on the undercard of the David Lemieux-Gabriel Rosado fight on Saturday at Barclays Center.

Gomez, a 22-year-old junior middleweight from the Bronx, scored a first-round knockdown en route to a one-sided 10-round decision over rugged and defiant James Winchester. Gomez (17-1, 10 knockouts), who won by unanimous shutout scores of 100-88, started fast and focused, probably motivated to rebound from the first loss of his pro career against Francisco Santana six months ago. He dropped Winchester with a body shot and used a concentrated body attack and fast combinations to dominate the first half of the fight.

However, Winchester (16-11, 6 KOs), a tough nut from North Carolina who had only been stopped once in his previous 10 losses, made things difficult for Gomez over the second half of the bout with constant smack talk, roughhouse tactics and hot-dogging. Winchester was warned for low blows and taunting during the early rounds and docked a point for holding and hitting in Round 7. 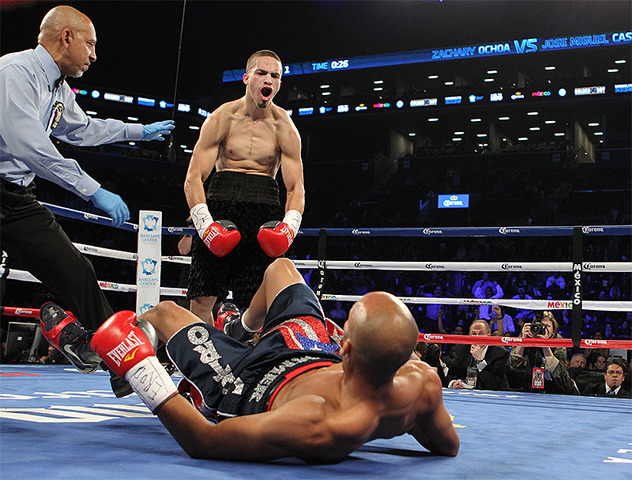 Ochoa, a 22-year-old junior welterweight from Brooklyn, dropped tough Jose Miguel Castro in Rounds 2 and 3 en route to a six-round unanimous decision. Ochoa (9-0, 4 KOs), who won by unanimous scsores of 60-52, displayed impressive form from start to finish, moving light on his feet but planting them when he let go flashy combinations. Both knockdowns were produced by well-timed overhand rights.

Also on the undercard, welterweight prospect John Karl Sosa won a hard-fought eight-round decision over tough and crafty Brooklyn journeyman Jason Thompson. Sosa (12-0, 6 KOs), of Caguas, Puerto Rico, won by scores of 80-72 and 79-73 (twice). Thompson (5-9-4, 4 KOs), who is a lot better than his record indicates, was game throughout, but Sosa was the sharper puncher.

Lamont Roach Jr. scored a knockdown en route to a dominating four-round decision over Alexander Charneco in the opening bout of the card. Roach (5-0, 2 KOs), of Washington D.C., probably should have scored his third stoppage as he seemed to connect with every power punch he threw (especially the uppercut) but for some reason the referee and Carneco’s corner allowed the fight to go to the final bell. Carneco (2-1, 2 KOs), a tall, skinny kid from Aguada, Puerto Rico, proved he can take a hell of a shot but he might be too tough for his own good.