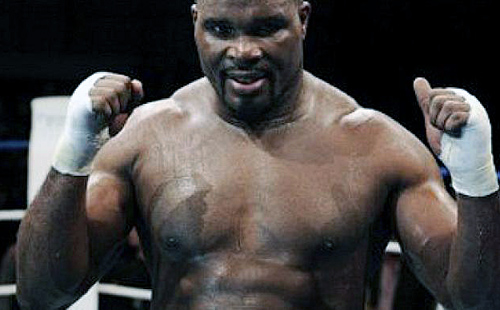 When Jean-Marc Mormeck won his first cruiserweight title in 2002, youth was on his side as he stopped aging future Hall of Famer Virgil Hill on his stool after an eight-round pummeling. On Friday night, it was the 42-year-old Frenchman’s turn to be on the opposite end of the age paradigm as he dropped a majority decision to Polish contender Mateusz Masternak in Hauts-de-Seine, France.

Afterwards, Mormeck announced his retirement in the ring after nearly 20 years as a professional boxer. Retirements that immediately follow defeats are often undone once the facial swelling subsides, but given Mormeck’s age and inactivity, this one will likely stick.

“I’m 42. I chose this challenge against the young [fighter], knowing that I might lose it,” Mormeck told the home crowd after losing to the 27-year-old Masternak.

Mormeck, whose record stands at 37-6 (23 knockouts), was known for his heavy punching, physical strength and never-retreat mindset. Born in Guadeloupe, a French territory in the Caribbean, Mormeck relocated to France at age six and turned pro at 22 in 1995. Mormeck lost a pair of bouts within a three week period in 1997 but went unbeaten in his next 28 fights.

Having already won the WBA title, Mormeck outbrawled WBC titleholder Wayne Braithwaite in 2005 to unify the cruiserweight titles for the first time since Evander Holyfield did so in 1988 and earned THE RING cruiserweight title in the process.

The win earned Mormeck – and the often overlooked cruiserweight division – significant buzz in the boxing community, with Showtime hosting a contest to vote on a nickname for the bearded champion (The Marksman was eventually settled on).

Mormeck’s rise was quickly stunted by O’Neil Bell, who survived Mormeck’s early attacks, wore him down before knocking out his exhausted foe in the tenth round. Mormeck got his revenge a year later in 2007, altering his style to box and move for a unanimous decision win, but his second title run would be even briefer as he was stopped in seven rounds by David Haye in his first defense.

Mormeck took two years off before returning in 2009 as a heavyweight, defeating three respectable gatekeepers in France before receiving a longshot title opportunity against Wladimir Klitschko. THE RING heavyweight champion had a 6¾-inch height advantage, and the physical mismatch was clear early as Mormeck was stopped in four rounds.