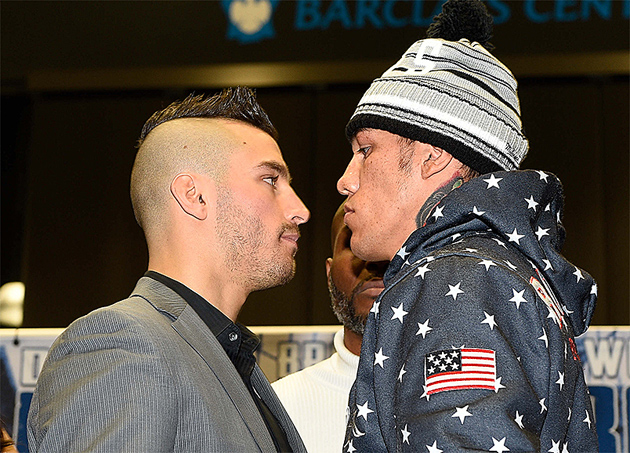 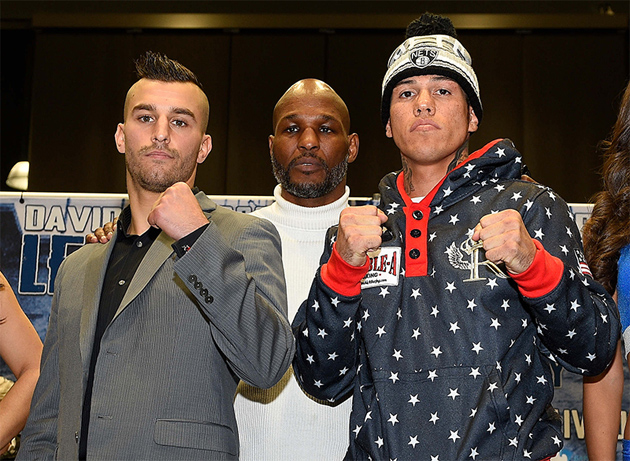 BROOKLYN, New York – Let’s be real: The David Lemieux-Gabriel Rosado fight is a can’t-miss scorcher on paper, but the winner of Saturday’s middleweight matchup won’t necessarily be the next big thing in boxing.

Lemieux (32-2, 30 knockouts) is a matinee idol in his native Montreal and he has the kind of dynamic power that turns heads in any part of the world, but he hasn’t proven himself to hardcore boxing fans. The 25-year-old KO artist has won seven bouts in a row, six by stoppage, but diehard fans haven’t forgotten the night the Canadian puncher was “exposed” by Marco Antonio Rubio three years ago.

Rosado (21-8, 13 KOs) is a scrappy and likable boxer-slugger but over the past two years the 28-year-old Philadelphian has gone from streaking junior middleweight contender to hard-luck gatekeeper after losses to Gennady Golovkin, Peter Quillin and Jermell Charlo.

If Rosado beats Lemieux, he’ll prevent fans and media from viewing him as a journeyman but will likely keep his “gatekeeper” status. If Lemieux beats Rosado, hardcore fans will take notice but they won’t be completely sold on his potential. Skeptical fans may not even consider him to be a top 160-pound contender.

The network currently deals with three middleweight stars: Miguel Cotto, THE RING champ and Puerto Rican idol; Golovkin, the undefeated WBA titleholder and the sport’s current KO king; and Canelo Alvarez, the recently re-signed former 154-pound champ and Mexican attraction. HBO needs viable, respected and marketable opponents for this trio in 2015 and beyond. The winner of Lemieux-Rosado becomes a major player in this mix.

Eric Gomez, the vice president and head matchmaker of Golden Boy Promotions, which is working with both Rosado and Lemieux, says Saturday’s main event is a 50-50 fight and sees big things for the winner.

“Lemieux has star potential,” Gomez told RingTV.com after Thursday’s final press conference. “He’s got KO power in both hands and the aggressive style that fans want to see, but Gabe is on a high right now. He’s got height and reach and he’s got a lot of confidence working with (new trainer) Jesse Reid, who he says has him punching harder.

“If Lemieux can knockout Rosado clean and clear, he can be a star. He isn’t a star in the U.S. yet, but winning on HBO here in Brooklyn on Saturday is a start. If HBO can help make Manny Pacquiao, a little guy from the Philippines, a star; and if they can make Golovkin and (Sergey) Kovalev, who are from Russia (and Kazakhstan), a star, they can make Lemieux a star.”

Lemieux, who is coming off a highlight-reel stoppage of Fernando Guerrero in May, agrees with Gomez.

“This is a great opportunity for both of us,” Lemieux said during while at the podium during Thursday’s presser. “I know Gabriel Rosado had the best camp of his career and I expect the best Gabriel Rosado on Saturday. It’s alright. He’s getting the best of David Lemieux.

Rosado, who hasn’t won a boxing match since 2012 but looked sharp stopping Bryan Vera in a pit-fighting bout in August, has the same mindset as the Canadian.

“Coming off the Bryan Vera knockout, I feel like I got the momentum going into the fight,” Rosado said at the press conference. “But I’m here and I’m relevant because of the fans. I’m self-managed. I never had the big management behind me giving me that push. So I need the fans, who give me that push.

“I’ll be a star by the end of Saturday. I’m not going to be that tough journeyman anymore.”

Gomez, who referred to Rosado as a “young journeyman” (respectfully so) during the presser, says the Puerto Rican-American will be in position to fight a bona-fide star if he beats Lemiuex.

“Gabe wants to fight Canelo and if he wins on Saturday, that’s possible down the line,” Gomez said. “I think Gabe can still make 154 pounds, so he could challenge any of the junior middleweight titleholders. I think he’s someone any of the big names at 154 and 160 pounds can fight.”

Reid is confident that Rosado will look so good against Lemieux that his fighter will be able to go straight to the stars of the division.

“Canelo and Cotto are the fights we want,” Reid told RingTV.com at Wednesday’s media workouts. “These are the fights that can get Gabe paid well and we have a shot at winning them, too.”

Gomez says a Lemieux could return to the New York City area if he beats Rosado.

“If he beats Gabe clearly, think about him coming back to Brooklyn and fighting (Brooklyn native) Daniel Jacobs at Barclays Center. That would be an event,” Gomez said.

“Or Lemieux could get Golovkin or Quillin in 2015. GGG is the big star at middleweight right now. Lemieux vs. Golovkin would be a very big fight.”

So would Lemieux vs. Cotto or Alvarez. There are many attractive future possibilities for whoever’s victorious on Saturday. But for now fans can just focus on what should be a good fight.