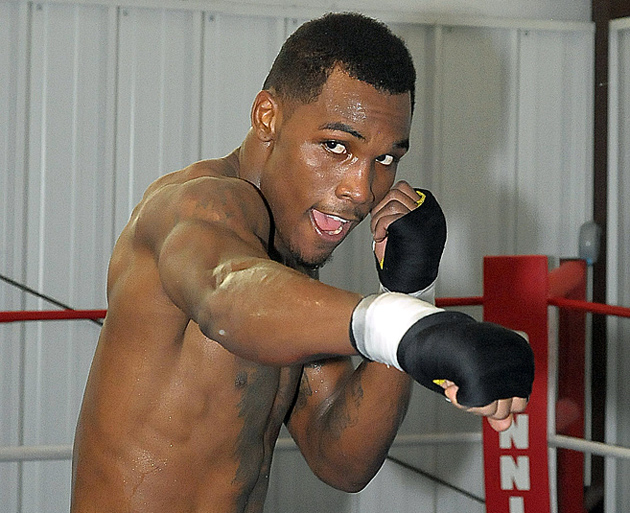 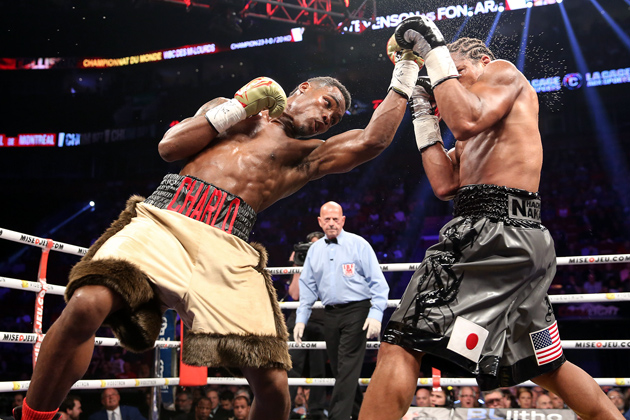 Lightning does not strike twice in the same place, the saying goes.

But don’t say that to boxing Charlo twins Jermall and Jermell, 24-year-olds who were each denied a title shots this year for reasons beyond their control.

It was back on March 8 that Jermall Charlo (19-0, 15 knockouts) was slated to face then-IBF junior middleweight titleholder Carlos Molina in support of Canelo Alvarez-Alfredo Angulo at the MGM Grand in Las Vegas. Molina’s arrest five days prior to the fight forced the cancellation of their bout.

Jermell Charlo (24-0, 11 KOs) was originally to be part of a Dec. 13 Showtime broadcast against undefeated WBO 154-pound titleholder Demetrius Andrade, who pulled out of the fight due to monetary issues.

“You know, it was pretty comical, you know? Like, me and Jermell both, we’re facing a little bit of adversity early on in our careers,” said Jermall Charlo.

“It just kind of the way that God has planned it, so it’s God’s plan right now and it’s the way that God wants it to be. I really was supposed to have the IBF title right now, but I’m not looking at that anymore.”

Jermall was originally slated to face Lenny Bottai in an IBF eliminator on the Showtime Extreme portion of the card, but the situation with Jermell caused a switch, elevating Jermall to a main spot in the quadrupleheader while Jermell will now fight on Showtime Extreme.

“Me and Jermell both looked at each other, and we were just like, ‘You now it’s your turn, now,'” you know?” said Jermall Charlo during a recent national conference call with media members. “It’s all funny to us. We’ve never experienced anything like this before, and we’re just trading places.”

Jermall Charlo will fight Italy’s Bottai (22-2, 9 KOs) to open the Showtime portion of a card that has been dubbed “Royal Battle” and is headlined by former titleholders Amir Khan and Devon Alexander in a welterweight matchup.

“As a matter of fact, the fans that were going to tune in and watch Jermell and Andrade’s fight, now they’ll tune in to watch me and Lenny’s fight,” said Jermall Charlo.

“We’ve both been working hard in the gym, and we’ve both been giving our all, so it didn’t mater which place that we fought in, we’re just going to be there for the fight.”

The Showtime broadcast will also include a co-feature with Keith Thurman and Leonard Bundu facing off in a 147-pound clash of unbeatens, as well as support from three-division titlewinner Abner Mares in a featherweight bout against Jose Ramirez.

Jermall Charlo-Bottai will earn the winner the right to face two-time titleholder Cornelius Bundrage, who scored two knockdowns on the way to dethroning Molina by unanimous decision in October.

Jermell, meanwhile, will meet against Mario Lozano (28-5, 22 KOs). Lozano was last in action for a unanimous-decision loss to title challenger Vanes Martirosyan in March.

“Even though Jermell’s not getting the title fight, it’s okay for him, you know, I’m actually a little bit more happy than he is, because I’m on the Showtime part of it,” said Jermall Charlo.

“But I’m even more happier that my brother gets a chance to fight before me, and then get dressed and come and cheer me on and coach me in the fight.”

In his last fight, Jermall Charlo registered his 13th consecutive stoppage win, doing so in the seventh round over Norberto Gonzalez in September.

“If my brother caught a cold, it wouldn’t take but a week or two later that I would catch it. So it’s kind of like what we’ve been going through all of our lives. We looked at each other and sort of grinned and said, ‘Look, it’s going to happen for us sooner or later,'” said Jermall Charlo.

“So, it is what it is. We just have to face the facts, and I told my brother the same thing that he told me when it happened that I didn’t get the IBF. I said, ‘Sooner or later, we’re going to get our chance to shine for the rest of the world.’ Now, it’s my time.”

The Khan-Alexander card will be broadcast on Saturday, Dec. 13, on Showtime beginning at 9 p.m. ET/6 p.m. PT. The Showtime Extreme portion will start at 7 p.m. ET/PT (delayed on the West Coast).