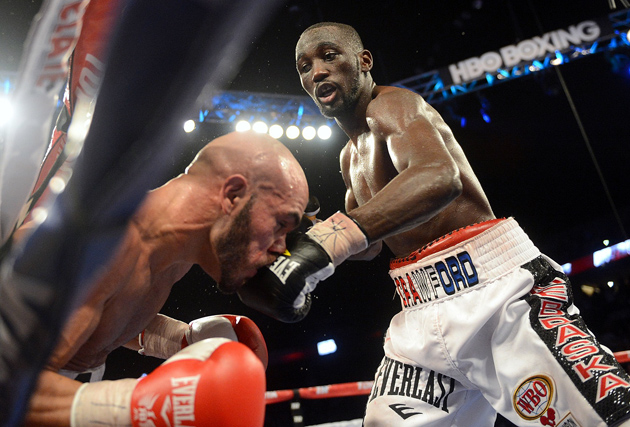 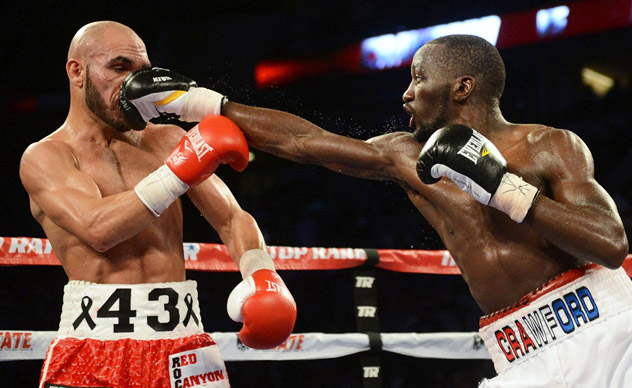 Terence Crawford says he’s won’t be at lightweight much longer but however long the undefeated switch-hitter remains in the 135-pound division he will be recognized as THE RING champion thanks to his one-sided unanimous decision over Ray Beltran on Saturday.

Other RING-rated fighters were in action this past weekend and the results of their bouts caused changes in the heavyweight, middleweight, lightweight and featherweight rankings.

Heavyweight: Tyson Fury (23-0, 17 knockouts) scored a dominant win over unrated Dereck Chisora forcing the former title challenger’s corner to stop the fight at the end of the 10th round. Fury will trade places with Kubrat Pulav (20-1, 11 KOs), who is coming off a fifth-round KO to champ Wladimir Klitschko, moving up to No. 3 with Pulev dropping one spot to No. 4.

Middleweight: Billy Joe Saunders (21-0, 1 KOs) won a 12-round split decision over Chris Eubank Jr. (18-1, 13 KOs). Saunders had to dig deep in the late rounds to eke out a close but deserved win. Saunders’ overall resume (the British southpaw has faced five undefeated boxers in his last seven bouts) is better than No. 10-rated Danny Jacobs (28-1, 25 KOs) thus Saunders will re-enter the rankings at No. 10 replacing Jacobs.

Junior welterweight: No. 4-rated Ruslan Provodnikov (24-3, 17 KOs) had his way with faded former lightweight champ Jose Luis Castillo stopping the old lion in the fifth round. No movement. 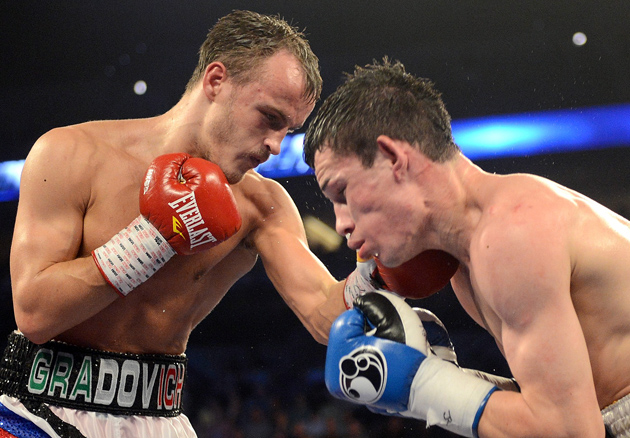 Featherweight: Evgendy Gradovich (19-0-1, 9 KOs) appeared to do enough in the second half of his IBF title defense against Jayson Velez (22-0-1, 16 KOs) to earn a win but he had to settle for a split-draw. Gradovich will remain at No. 5. Velez, who put forth the best performance of his career, will enter the rankings at No. 10, replacing Marvin Sonsona.