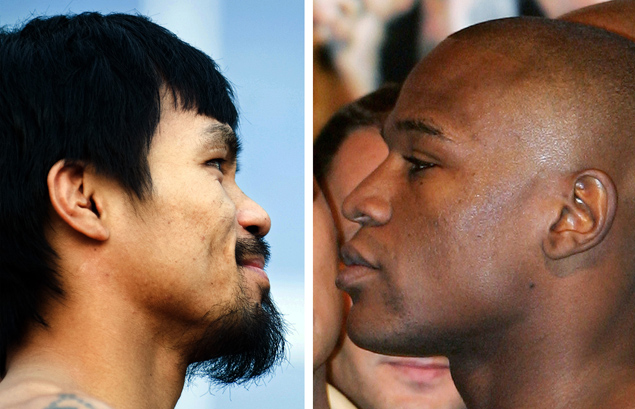 “Floyd wants to fight him real bad. Floyd, that’s all he talks about is fighting Manny Pacquiao,” said Watson during a video interview on FightHype.com in the wake of reports of ongoing serious talk at high levels regarding the potential for Mayweather-Pacquiao. “So once the deal is set and done, you’ll see the biggest fight you ever saw in your life. I believe there’s going to be two fights.”

Pacquiao (57-5-2, 38 knockouts) is coming off a unanimous decision over previously undefeated Chris Algieri, whom he floored six times during a Nov. 22 fight on HBO Pay-Per-View.

“He beat [Algieri] up real bad. He whipped on that boy. He’s back to being Manny Pacquiao. That makes the fight great for Floyd. Floyd wants him to be at his best,” said Watson.

“Everybody thought that he had slowed down. He didn’t slow down. Floyd’s got the best defense. Floyd’s the smartest fighter out there. Floyd’s my best friend in the world. So I can’t wait until that fight happens.”

Mayweather (47-0, 26 KOs) is currently aligned with Showtime, having fought four of six bouts stipulated by a multi-million dollar agreement he signed with the network and its parent company, CBS Corporation.

Coming off consecutive decisions over Marcos Maidana by majority decision in May and unanimous decision in September, Mayweather’s next fight is slated for May 2.

According to the Los Angeles Times, officials from Showtime and HBO have discussed a joint venture between the networks similar to that which facilitated the fight between undisputed heavyweight champion Lennox Lewis and Mike Tyson in June 2002. Lewis scored an eighth-round stoppage victory over Tyson in the bout.

Lewis and Tyson were affiliated with HBO and Showtime, respectively, at the time.

“Everybody wants to see Floyd lose. They want to see Floyd lose to Pacquiao. Floyd is ready, Floyd wants it. Floyd asks me every day. Floyd says, ‘I want that fight, Sam. I want him.’ Now he’s speaking out on it, and I hope that he gets it.”

Pacquiao hinted at his desire to make the fight in a humorous commercial for Foot Locker, then called Mayweather out after the win over Algieri.

Pacquiao turns 36 on December 17, and Mayweather turns 38 in February.

“It’s going to be a real fight. Ain’t no fight easy. At this stage, no fight is easy. That’s why they fight for millions and millions of dollars. And Floyd loves spending money, so Floyd is gonna fight his ass off.”