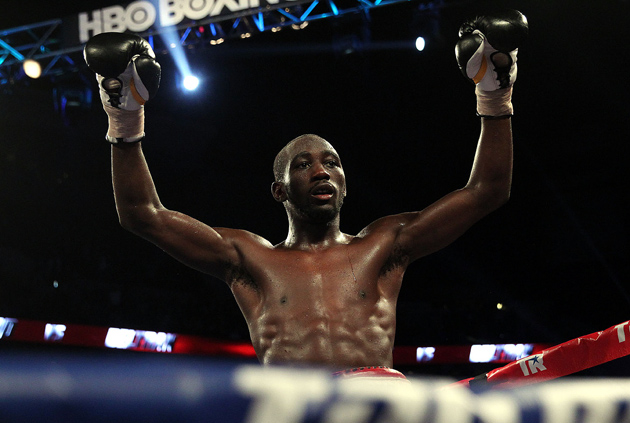 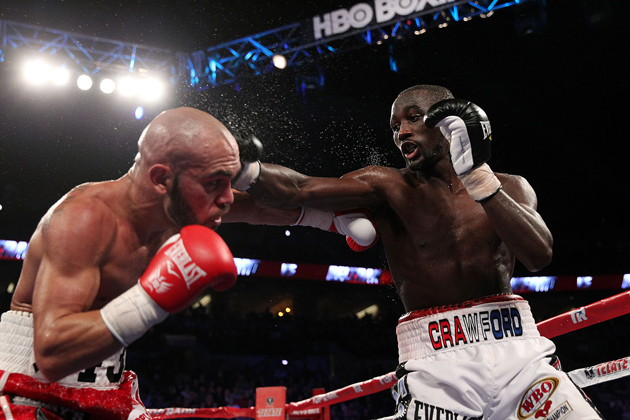 Unbeaten lightweight titleholder Terence Crawford’s impressive versatility was on display as he outclassed game No. 1 contender Raymundo Beltran en route to a one-sided unanimous decision on Saturday in his native Omaha, Nebraska. Crawford retained his WBO title and won the vacant RING championship.

Crawford (25-0, 17 knockouts), who won by scores of 119-109 (twice) and 120-108, was equally effective whether we was sticking and moving, or stalking forward, whether he boxed or counter-punched and whether he did it from a southpaw or orthodox stance.

One constant the hometown hero exhibited in front of more than 12,000 of his fans at the CenturyLink Center was the jab. That basic punch, especially when he popped it from the right-handed stance, was something the game and experienced Beltran had no answer for.

It controlled the distance and tempo of the HBO-televised bout, and it helped Crawford set traps and land power shots while reddening and swelling the left eye of the respected challenger.

However, while Beltran (29-7-1, 17 KOs) did not let his hands go enough to win more than a couple rounds, he made the fight interesting with his smart pressure and punch selection, which included lead right hands (which landed enough for him to take Round 5) and counter hooks (which connected enough for him to deserve Round 9).

Unfortunately for Beltran he was in with one of the most talented young boxers in the sport. Crawford’s footwork and angles made it very difficult for Beltran to land more than one shot at a time. Crawford’s occasional aggression made it hard for Beltran, who often imposes his will on opponents, to gain any sort of momentum. Crawford pinned Beltran to neutral corners and pummeled the experienced veteran at then end of Rounds 10 and 11.

It will be interesting to see if Crawford will be as dominant at 140 pounds as he proved to be in 2014, a year that saw him win the WBO belt by outclassing Ricky Burns in Scotland and retain it with a dramatic stoppage of previously unbeaten Yuriorkis Gamboa, as well as earn Fighter of the Year candidate status.

Crawford, who has been mentioned as a potential opponent for Manny Pacquiao should the Filipino icon move down to junior welterweight next year, said he was done with the 135-pound division during his post-fight interview with Max Kellerman.

“This is it,” he said, though he wouldn’t single out any names at 140 pounds. “I don’t call out fighters. I let my team handle that.”