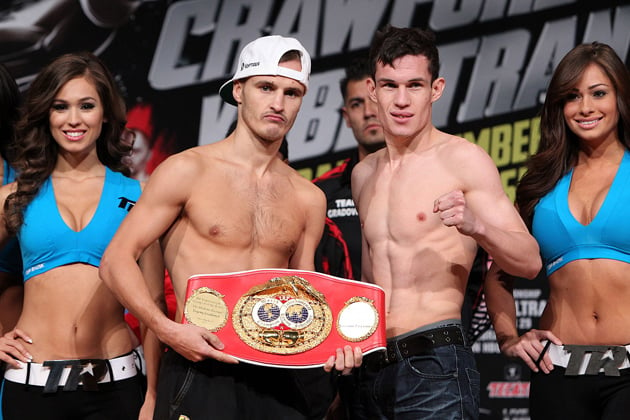 Featherweight contender Evgeny Gradovich remained unbeaten and made the fourth defense of his IBF title against Jayson Velez but failed to defeat the game challenger on the Terence Crawford-Raymundo Beltran undercard on Saturday in Omaha, Nebraska. Gradovich and Velez fought to a 12-round split draw.

Velez (22-0-1, 16 knockouts), a 26-year-old boxer from Caguas, Puerto Rico, started well by utilizing a busy, stick and move style that neutralized the pressure fighting tactics of the defending Russian beltholder.Velez, who threw more than 100 punches in Round 2, soundly outworked the odds favorite through the first three rounds.

However, Gradovich (19-0-1, 9 KOs) gradually began to slip past Velez’s jab and land his right hand to the body and head of the challenger and seemed to take command of the fight by Round 6. However, Velez was still in the fight as the trainers of both corners warned that they were behind on the official cards and demanded that their fighters push harder in the second half of the bout.

Both featherweights planted their feet and engaged in numerous toe-to-toe exchanges down the stretch of the fight. Gradovich, a 28-year-old native of Siberia, appeared to be the stronger fighter and the harder puncher, but Velez found a home for his jab and choice body shots in the late rounds.