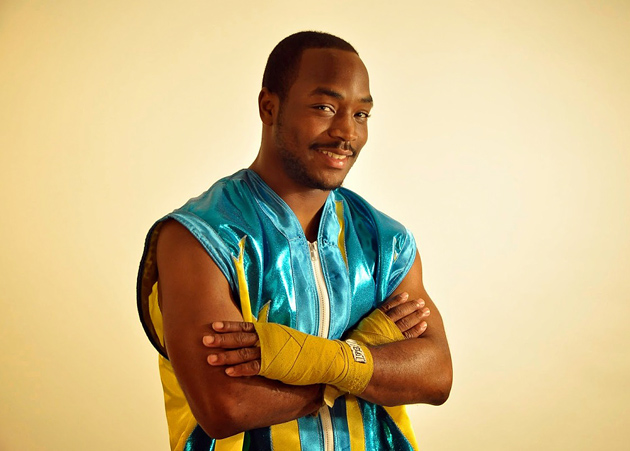 Best night of pro career: In Reed’s fourth pro fight he was matched with the more experienced Ramesis Gil (8-6-5, 5 knockouts).

The Dominican Republic-born fighter may have had six loses at the time he fought Reed but all of them were to then unbeaten fighters such as Darley Perez, Jerry Belmontes and Karl Dargan. Gil also had a draw and a win against other unbeaten’s Jamie Kavanagh and Carney Bowman respectively.

Reed recovered from a flash knockdown, the only one of his career, to stop Gil in the sixth round.

“I had to overcome a lot, he was a really rough, tough durable guy, he was strong,” Reed told RingTV.com. “That fight had to be my best bout because I overcame a lot of adversity and it shows I can deal with a lot.”

“Ironically, the best fight was also my worst because I got hit a lot,” said Reed. “In that fight I got countered a lot, that’s why I got hurt the times I did. I didn’t have the rhythm that fight, that was a hard fight.”

Next fight: Reed fights his first scheduled eight rounder against unbeaten Oscar Valenzuela (8-0-1, 5 KOs) on the undercard of Terence Crawford-Ray Beltran in Omaha, Nebraska this Saturday.

“I’ve watched film on him and he’s a solid fighter,” said the respectful youngster. “I’ve seen some openings I can take advantage of.

“I think it’ll be a good fight for both of us. He’s undefeated, he doesn’t know what it’s like to lose and he going to come in there with the mindset that he’s going to win.

“I’ve had an excellent training camp and I’ll come out on top. It’s a fight I need at this point in my career.

Why he’s a prospect: Reed was a very capable amateur, who had over 100 fights. His biggest success was winning the 2011 National Golden Gloves. In 2010, he won silver at the USA Nationals and bronze at the national PAL tournament.

As a junior amateur, Reed won multiple honors, including the 2005 Silver Gloves and the 2009 Junior Olympics.

Over the past couple of years the southpaw has sparred countless rounds with IBF junior welterweight champion Lamont Peterson, as well as an estimated 30 rounds with three-weight titleholder Adrien Broner and featherweight contender Gary Russell Jr.

“My biggest strengths in the ring would have to be my defense and my hand speed because a lot of people can do offense, but I use my defense a lot to set up my counters,” Reed said of his ring attributes. “A lot of the shots I knock people out with were shots they didn’t see. They say the one’s you don’t see hurt the most.”

To look at Reed, he resembles two-weight world champion Tim Bradley. It’s a comparison the Maryland prospect can also see.

“The both of us are short for our weight classes but when you see Tim Bradley fight, he’s very versatile,” he said. “I like to call him a dog and I like to look at myself and say the same. What I mean by that is, no matter what in the fight he’s going to give his all. He’s going to give 100 percent, do whatever it takes to win and I believe I’ll do the same.”

Ross Molovinsky of Keystone Boxing, who guided him for the first eight of his first nine fights before joining forces with Top Rank sees a rare quality in Reed.

“One thing that always separated Mike Reed from the many fighters we’ve developed on our shows was his willingness to fight the best we could find,” said Molovinsky. “We matched him against three undefeated fighters in his eight fights with us, and not only did he accept each fight, he beat them all without losing a round.”

Why he’s a suspect: Early on in Reed’s career he proved he can overcome adversity, getting off the canvas and surviving some hairy moments against Gil before prevailing in a bout that was voted the best in the region last year. However, that fight showed that he has some defensive lapses.

Reed doesn’t appear to be a big puncher, though he believes he has fair power in each hand: “I think I have very good power but I wouldn’t say I’m a knockout artist by far.”

At 5-foot-6, Reed’s isn’t the tallest 140 pounder around and so he knows physically he has to be very strong.

“One of the areas I’d like to work on is strength overall,” said Reed. “Being on the inside and moving my opponents around. Being shorter I’m going to have to work on the inside most of the time and if I can be strong enough to keep my opponents off me, move them where I want them to in the ring that would be excellent. That’s something we work on in camp.”

Story lines: As a chubby 10 year old, Reed was first introduced to boxing. Coming from a family of five boys, he’s the youngest but he looked up to his elder siblings who boxed.

Reed recounts an early boxing memory: “I thought boxing was an easy sport. My brother tried to explain it wasn’t, me being the younger brother I didn’t listen.

“We were coming back from a fight at the Patriot Center and we had got into it. I called him a bum, he got upset and my dad let us put the gloves on and my brother beat the crap out of me.

“I’ll always remember that beating. My father let it happen because I kept talking and talking.

“I had a competitive nature and I was like I want to learn the sport so I can get back at my brother. So I would have to say my older brother was the reason I started the boxing.”

It took time for Reed to fall in love with boxing.

“I was around 13, 14 that’s when I realized, I was different from my peers,” he said. “I would win national tournaments and my peers would not.”

Though Reed’s parents were separated, both were always role models to him growing up.

“I had the best upbringing my parents could give me, being separated,” he commented. “Two households with one main goal to raise me to the best of their ability and I think my parents did a excellent job.”

Reed was always good at school, graduating from with honors. After an initial break he’s studying to be an accountant.

“My father understood without an education you really can’t get ahead in life,” he said. “It’s always been something that’s been important to our family.

“If everything goes well, I’ll be handling a lot of money in boxing, what better way to manage your own money than be an accountant.”