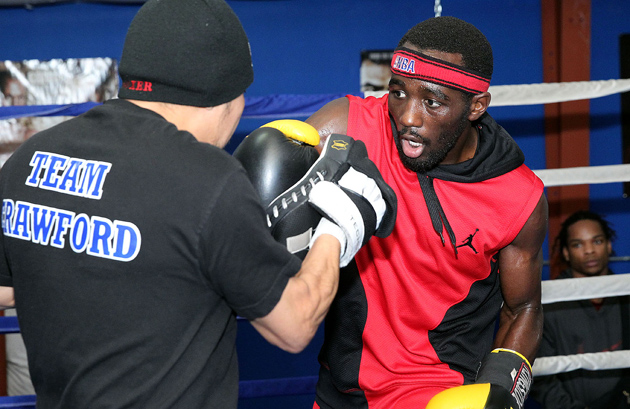 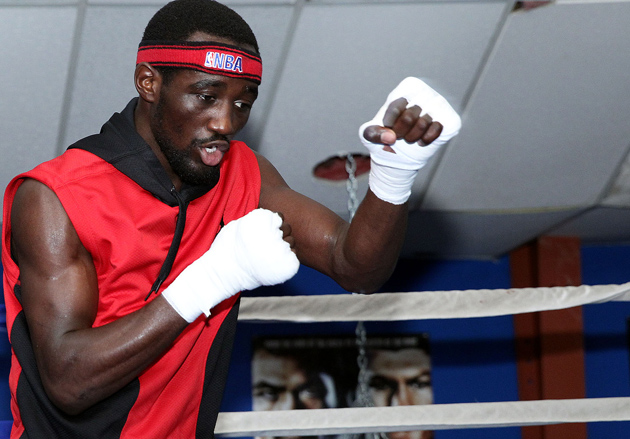 It is good to be Terence Crawford at the moment. He’s got a world title around his waist, he’s unbeaten in 24 bouts, and he has the adoration of fans in his hometown of Omaha, Nebraska.

What is intriguing about the talented WBO titleholder is that he might not even have reached his peak as a fighter.

With possible fights against elite boxers waiting for him in 2015, Crawford will defend his title against Ray Beltran on Saturday night at the CenturyLink Center in Omaha. Both will also be vying for the vacant RING magazine belt.

The bout will headline a Top Rank-promoted card and will follow the IBF featherweight bout between titleholder Evgeny Gradovich and Jayson Velez. Both bouts, along with the replay of the Manny Pacquiao-Chris Algieri bout from last week, will air on HBO beginning at 10:00 p.m. ET/ 7:00 p.m. PT.

It has been a stellar 2014 for Crawford. The 27-year-old switch-hitter won the WBO title with a unanimous decision over Ricky Burns on March 1 in Scotland. Four months later, Crawford successfully defended the title in thrilling fashion, stopping undefeated Cuban amateur star Yuriorkis Gamboa in the ninth round of a bout that is considered one of the year’s best.

Crawford will face a significant challenge in Beltran on Saturday. Beltran is unbeaten in his last five bouts and is coming off a 12-round unanimous decision over Arash Usmanee on April 12 in Las Vegas.

Prior to the Usmanee bout, Beltran fought to a disputed 12-round split-decision draw against Burns. Numerous boxing writers and fans believed Beltran won handily. Burns, who was dropped and suffered a broken jaw during the Beltran fight, retained the title that he would eventually lose to Crawford.

While Crawford has demonstrated he can box and brawl, as was evident in the Gamboa fight, he realizes Beltran will be extra-motivated, considering he was very close to winning a world title almost 15 months ago.

“Beltran has more power than Gamboa. This is a much tougher fight than the one with Gamboa because of Beltran’s style and his aggressiveness. I know the bad things that happened to him in Scotland against Ricky Burns. I thought Beltran won but it went the other way with a draw. He has a will to win, and I’ve got to deal with that.”

Crawford has been the subject of rumors within the last couple of weeks. There is talk that his bout against Beltran could be his last at 135 pounds. Crawford could go up in weight to 140 pounds and compete against the likes of Manny Pacquiao.

However, while lucrative bouts could be in Crawford’s future, those cannot take place without a win on Saturday. It is a difficult challenge, but one Crawford believes he is ready for, especially in front of his hometown fans.

“I’m gonna be ready,” he said. “It’s my job to bring 200 percent to make sure I keep my title and get that RING belt. But it’s not all about that RING belt, it’s about me being the best I can be and continuing to be successful in this game that I love to do.

“Come Saturday, I’m going to lay it all on the line like I do every other time.”