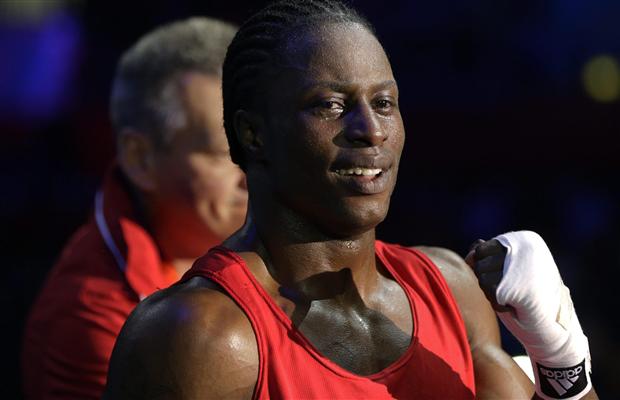 “Signing with GYM, led by Yvon Michel, is what I’ve always wanted. I am very proud he has given me this opportunity,” said Clayton, 27. “I had six concrete offers, including two from the U.S., but I am convinced that my chances of success are best with GYM, one of the best and proven organizations in the world.”

Clayton will make his professional debut on the Dec. 19 undercard of a main event between RING/WBC light heavyweight champion Adonis Stevenson (24-1, 20 knockouts) and Dmitry Sukhotsky (22-2, 16 KOs) at the Pepsi Coliseum in Quebec City, Canada.

“Since the inception of our organization, we made a point to sign the greatest Canadian boxers. Clayton is part of this group that, before him, includes Adonis Stevenson, Jean Pascal and Andrew Kooner,” said Bernard Barr├®, head of recruitment at GYM.

“Custio Clayton developed into the star of the Canadian National Team during his amateur career at a small gym with limited Nova Scotia resources…We are convinced that, in his new framework, Clayton will develop his full potential and achieve great success.”

“Custio is already a very mature boxer who will quickly go through the steps and end up in the world elite of his division before long,” said Clayton’s manager, Douggy Berneche.

“Making his pro debut on a program headlined by world champion Adonis ‘Superman’ Stevenson defending his crown, also featuring future superstar Artur Beterbiev and Andre Dirrell on the same card being televised by the prestigious boxing network, Showtime, will be inspiring for Custio to start his pro career in style.”