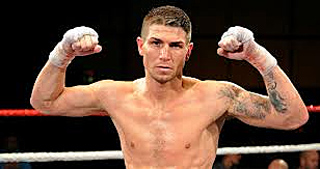 Junior middleweight Brian Rose will return to action against hard-hitting Carson Jones on Jan. 23 at the MEN Arena in Manchester, England, Eddie Hearn of Matchroom Sport announced on Monday.

Although he is coming off last month’s first-round stoppage of Ignacio Lucero Fraga, Rose (26-2-1, 8 KOs) has been knocked out in each of his losses.

In succession, Rose, 29, was stopped in the sixth round by Max Maxwell in May 2010, reeled off 11 straight wins, three by knockout, and was then knocked out by WBO beltholder Demetrius Andrade in June.

Jones (36-10-3, 26 KOs) was last in action for a third-round knockout over Shannon Miller in September to rebound from an eighth-round technical knockout loss to current IBF welterweight titleholder Kell Brook in July.

The fight with Brook was a rematch of Brook’s majority decision victory in July 2012 that ended a winning streak of eight consecutive knockouts by Jones, 28.

“I’m excited to be back in the ring again in Manchester on Jan. 23 fighting for another title. I enjoyed watching Carson taking on Kell and he always comes to fight,” said Rose.

“I think our styles make for a great match-up. The atmosphere in the arena is going to be electric that night and I’m looking forward to getting the win and moving up the world rankings.”