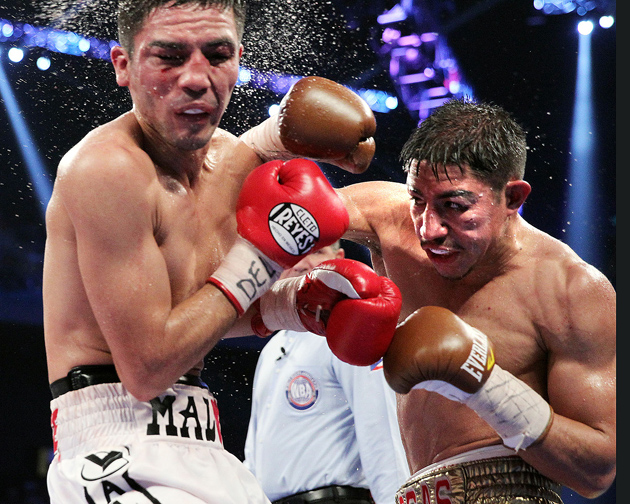 Jessie Vargas defeated Antonio DeMarco by a unanimous decision in a spirited 12-round junior welterweight fight to open the TV portion of the Manny Pacquiao-Chris Algieri card Saturday in Macau, China.

Vargas (26-0, 9 knockouts) outworked DeMarco for most of the fight, particularly in the first half, consistently landed hard body shots and quick accurate combinations against a fighter not known for his defensive skills.

Vargas seemed to be running away with the fight about mid-way through but DeMarco, who is very tough if little else, scored consistently early in the second half of what became a brutal, give-and-take brawl.

However, Vargas regained control in the final few rounds to claim a one-sided victory. All three judges had the same score: 116-112. THE RING scored it 117-111.

Vargas holds what the WBA calls its “regular” title but he isn’t a champion. Danny Garcia is the actual WBA titleholder.