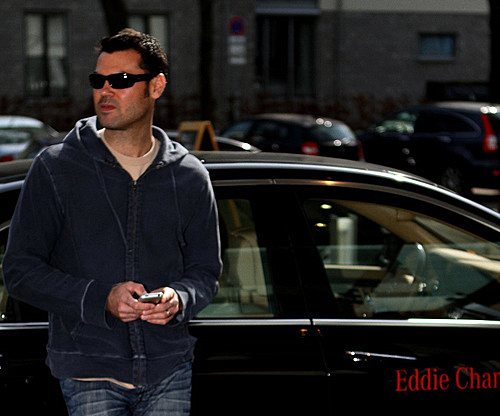 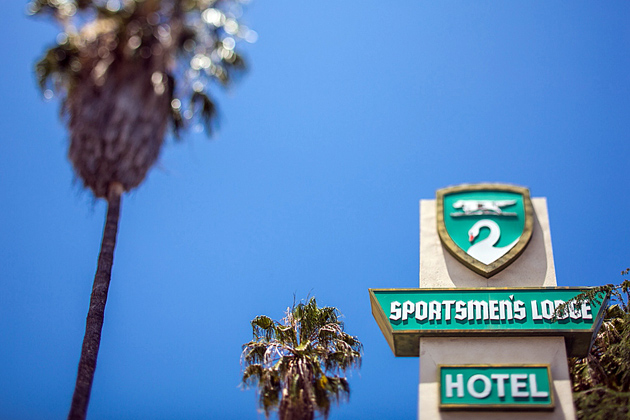 Thursday night will be an emotional time for Craig Goossen, who, along with matchmaker Tom Brown, has taken the helm of Goossen Promotions in the wake of his father Dan Goossen’s untimely passing.

The family run company, now based in Sherman Oaks, California, got its start in the early 1980s with shows at the Reseda Country Club in the San Fernando Valley, a series that served to help develop its first world champions, Michael Nunn and the Ruelas brothers, Gabriel and Rafael.

On Nov. 20 the small-but-successful promotional firm returns to its club-show roots with a scheduled 14-bout card at the Sportsmen’s Lodge in Studio City. The show, titled “Live at the Lodge,” is a tribute card to Dan Goossen, who died of liver cancer on Sept. 29. It features junior welterweight prospect Haskell Rhodes, once-beaten welterweight fringe contender Wale Omotoso, unbeaten middleweight Wilky Campfort, and the return of 2008 U.S. Olympian Shawn Estrada.

Craig Goossen is proud to promote another show at the historic hotel and event center, which was one of his father’s favorite venues, but he admits it will be strange doing so without the patriarch of the family and company.

“In a sense it’s a bit of milestone for us,” he told RingTV.com last week, “We’re just months removed from a tremendous loss, a loss that was beyond devastating.

“Everything that we’ve done since he’s passed, like the fights Vanes Martirosyan and Malik Scott won in his honor, and all these things coming up, like Thanksgiving and Christmas, these will be milestones or firsts, if you will, because all of these things are without him.

“I know it’s going to be rough at times (on Thursday) because as it gets close to the event, you start seeing folks, and it drums up in your brain about his not being there, but I do look forward to that because it helps at times and I’m still very much in a grieving period .”

Knowing how much is father meant to other members of the boxing community – from the media to trainers to matchmakers, managers and fellow promoters – helps Craig Goossen deal with the bereavement.

“Two things I’ve noticed when I talk to folks about my dad are the anecdotes about his being accessible, being a real guy, a straight-forward kind of man who told you how he really felt about something, good or bad, without any B.S.

“And the other thing I keep hearing are the stories about how he helped someone get involved in boxing, the ‘I got my first break with Dan Goossen’ anecdote. I had no idea he was a part of getting so many boxing people started in the business, guys who are staples in the game now.

“All the pain and suffering I go through with this loss, one of the things that’s helpful is all of these stories. It’s so hard to be good to everybody but my dad never ever judged people. If you were just starting in this game, he treated you no different than if you were a seasoned veteran.

“I think part of that was the nature of the talent agent. This was the guy who discovered Mr. T. He knew that you never know how far somebody can go if you give them a break, and he was always looking for the next great talent.”

There will be boxing talent on display on Thursday, but it’s the Sportsmen’s Lodge – which opened its doors in the 1880s and was the playground for Hollywood’s brightest stars during the film industry’s studio boom – and the unique club show atmosphere that will make it a special evening.

“It’s an iconic place where we grew up – which is the Van Nuys, Sherman Oaks area – so when we started looking at where to put on local shows after the Reseda Country Club, which became a church, became unavailable, everything kept leading to the Sportsmen’s Lodge.

“My dad was always pushing for local shows, and it made sense because we could walk from our offices or homes to the Sportsmen’s Lodge, but I was leery of doing it because I know how tough (putting on club shows) is. But once I did, I thought ‘Wow! Why haven’t we been doing this?’ It was a real boxing experience. That’s what the club show level is – it takes you back to the core of it all, it takes you back to what made you fall in love with boxing in the first place.”

The hearts of Goossen Promotions are heavy but the company hasn’t skipped a beat since its founder’s passing. They know he would have wanted it that way. 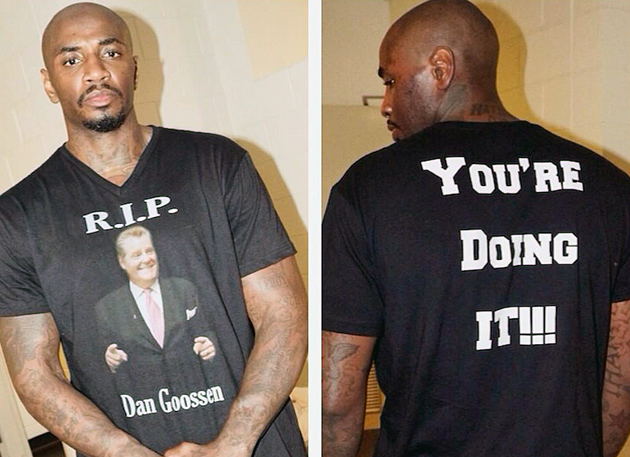 Both victories were emotional triumphs for the fighters and Goossen Promotions, and of course the wins were dedicated to Dan. The company closes out the year with a Dec. 11 card at the Pechanga Resort and Casino in Temecula, California. The special ESPN-televised show features former titleholders Antonio Tarver, Sergio Mora, Austin Trout, and Rico Ramos, as well as several members of the 2012 U.S. Olympic squad.

“I think that show will be a spectacular way for us to end the year,” Craig Goossen said. “ESPN has been great partner for us for many years.

“Looking ahead to 2015, the goals for the company remain the same as always – to develop and maneuver our fighters into world title bouts. Look at any fighter historically that we’ve signed. That’s what we do, from Michael Nunn to Paul Williams. Any fighter that we’ve singed has gotten that opportunity at a title, and Vanes Martirosyan is no different. He’s got the ability and potential to be a champion. And beyond Vanes, who knows?

The club cards at Sportsmen’s Lodge will continue along with the company’s champion-building tradition.

“I think we can do quarterly show going forward, that’s something that’s doable,” said Goossen. “It’s sensible to think we can pull off four cards a year.”

Of course they can. Boxing is the family business. They’ve been doing it for more than 30 years and will continue to put on shows and develop talent.

“One of the benefits of being a small family company is that everyone is involved in what’s going on and the direction of the company,” said Goossen. “We’ve always done a lot with the little amount of people we had in our company. What other promotional companies do with 25 people, we did with three.

“Nothing’s changed but we’re all working a lot harder because my dad handled so many facets of this business – he was the heart and soul of the company.

“But part of the therapy of it all was to go to the office and make some calls. It seems like business as usual although it will never be. But there’s zero quit in us.”