From THE RING Magazine: Challenges of being the ‘B-side’ 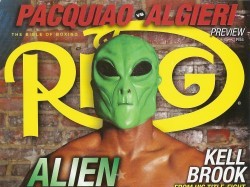 This story is part of the Manny Pacquiao vs. Chris Algieri preview package in the December 2014 issue of THE RING Magazine, which is on sale now. Just click on the link above to purchase the magazine. Or buy it on a newsstand near you.

Timothy Bradley knew something big was brewing when his manager kept telling him that he was working on something special for his next bout and that Bradley needed to be patient.

Bradley didn’t know for certain but he suspected the major bout his manager was working on was against Manny Pacquiao, who at the time was ranked No. 2 pound-for-pound by most experts and one of the biggest attractions in the sport. 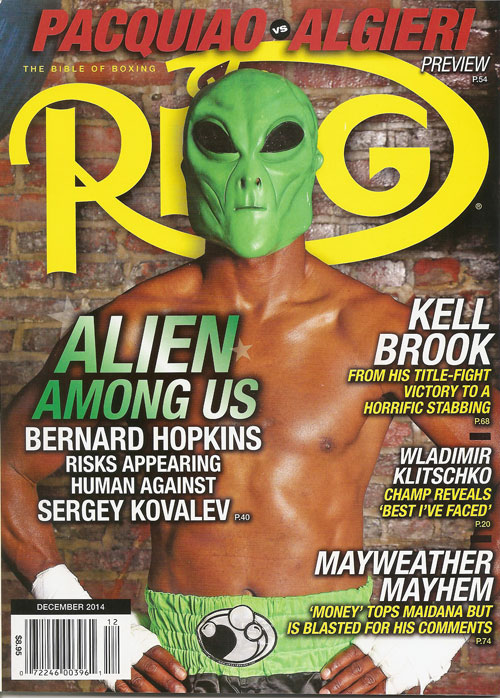 “Manny Pacquiao was in my circle and he was going to need a dance partner,” said Bradley, referring to his speculation.

As he waited all sort of thoughts flooded his mind: What would the promotion be like? How much would he have to increase the intensity of his training? How would he handle the glare of the spotlight of a mega pay-per-view boxing event?

After he signed the contract for the match against Pacquiao, all of his questions were answered – and it was overwhelming.

“Honestly there are different levels of boxing,” Bradley said. “When you’re at the top level you feel the pressure. The media exposure is ridiculous. You answer the same questions over and over and it can be draining. The hype is 100 times more than just an HBO show or a HBO Championship Boxing. It’s another level of boxing. You do feel the pressure.

“The first time I was on stage it was the most frightening time of my career. This is what I asked for and now I’m getting it. Geez, what am I going to do now that I’m on this level?”

Every boxer who has challenged the superstars of the sport – think Pacquiao and Floyd Mayweather Jr. – has had the same thoughts and feelings as Bradley. In modern parlance those challengers are called the “B-side” of the promotion.

Enjoy this preview of “Challenges of being the B-side.” The full version can be read in the December 2014 issue of THE RING Magazine. Don’t know where to find a newsstand near you that sells THE RING? Click here. To subscribe ÔÇö both to the print and digital versions ÔÇö click here. You can also purchase the current issue on that page.