Chris Algieri to Manny Pacquiao: ‘Come and try to get me’ 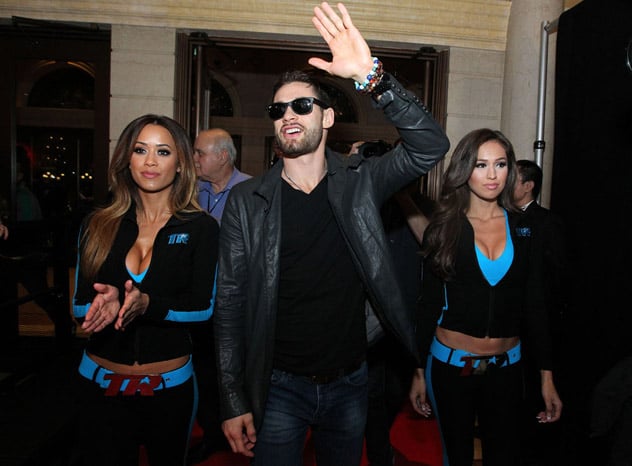 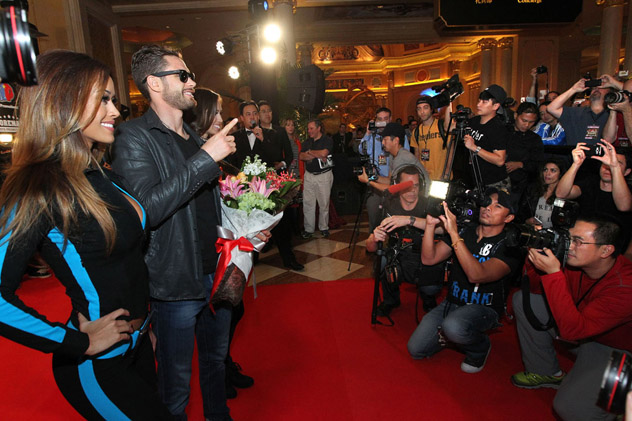 Chris Algieri seems to be getting bolder as Saturday’s fight against Manny Pacquiao gets closer.

An undefeated junior welterweight titlist who, among other things, employed former undisputed welterweight champion Zab Judah among his sparring partners, Algieri said he plans to use his “jab, range, timing and rhythm” to dethrone Pacquiao as WBO welterweight titleholder on Saturday at the Cotai Arena Arena at the Venetian Macao in Macau, China.

“Now they tell me Manny has his killer instinct back. Well, come and try to get me,” said Algieri during a Monday workout at the Venetian Macao Gym a day after his arrival. “I’m where Manny used to be. Look where he came from, out of nowhere to become a boxing legend.”

“We are going in with a smart strategy. Timing and rhythm beats speed. This is a battle of wits and smartness,” said Algieri.

“This is like a battle of high stakes chess but with a lot of punches…We’re not worried about what Manny will be doing in the fight. He should be concerned about what we’re going to be doing.”

Pacquiao, 35, was last in action in April when he dethroned Tim Bradley by unanimous decision to regain the belt he lost in their first meeting in June 2012.

In an earlier interview, Algieri said he planned to neutralize Pacquiao’s speed with well-timed counters.

Algieri cited workouts with his trainer, Tim Lane, a 5-6 left-hander, with having further helped him to prepare for facing Pacquiao.