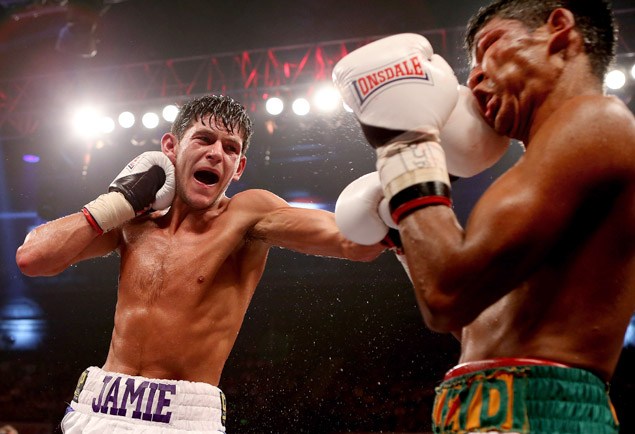 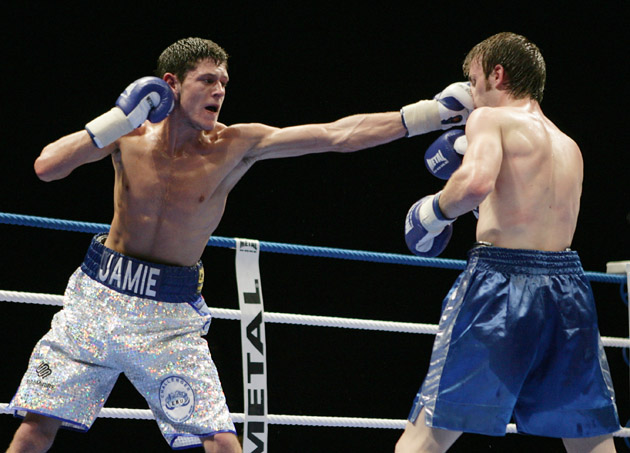 What a rollercoaster ride it has been for British bantamweight technician Jamie McDonnell who meets late replacement Javier Chacon in Liverpool, England, on Saturday.

Since June of last year the 28 year old has won and been stripped of the IBF world title, switched to Matchroom Promotions, and become a father for the very first time.

Luckily McDonnell is so laid back he’s almost horizontal, which is just as well because 2015 looks set to be yet another very eventful year.

“Providing I beat Javier Chacon then Tomoki Kameda is next,” said McDonnell, in relation to a pending bout with the reigning WBO titleholder. “It could be in Las Vegas but I’ll fight him anywhere. There’s no point ducking in this game because I want all the belts and if that means travelling then so be it.

“I’ve seen Kameda a few times. He’s hungry, undefeated, sharp and always ready to fight. If I’m not on the ball then I could get beat, but I’m more than confident of going over to the States and getting a stoppage. I think I can hit Kameda, hurt him, and take him out late if I play my cards right.”

Ambition and a powerful worth ethic have blended perfectly for McDonnell since he upped his game in a personal crusade for glory in 2010. British, Commonwealth, European and world titles were collected in just over three years and he is currently THE RING’s No. 9-rated bantamweight.

In his most recent outing the Doncaster man scored a one-punch knockout over Thailand’s Tabtimdaeng Na Rachawat on the colossal Carl Froch-George Groves rematch show, which was held at Wembley Stadium in May.

The win gave the Englishman the “regular” WBA title which he will defend against Chacon, who replaced Walberto Ramos due to the latter’s visa issues. Chacon, who lost to then-WBA title holder Anselmo Moreno in March, is 20-2 (5 knockouts) and hails from Argentina.

McDonnell said, “My last fight was perfect and things couldn’t have gone any better for me. I felt that I coasted through it and would have settled for a nice decision win but a big left hook ended it in the tenth. That was six months ago, so I’m really looking forward to getting back in the ring.

“Javier Chacon is a bit of an unknown quantity because he’s coming in late. Hopefully we find out what type of style he has but I’ll figure him out over the first couple of rounds in any case. I’ve got a lot of different sparring available and will be ready for whatever he brings.”

As previously mentioned McDonnell became a father for the first time last month and has been juggling a grueling training regime with some hectic, but rewarding, family time.

“I’ve been flat out but the birth of my daughter has been absolutely fantastic,” McDonnell said. “It’s given me something to fight for because it’s not just me anymore. I have a family now and that’s all the motivation I need. My rest is important but I still have my duties around the house.

“I’ll be taking the family away for New Year and will be back to the gym in the first week of January. The Kameda fight is likely to be around March or April, so that gives me plenty of time to get prepared. I’ll go over there, beat him and look to take on the other world champions.

“I want all four belts because it’s been a long time since anyone unified this division.”

British fans can order Nathan Cleverly vs. Tony Bellew (which features McDonnell vs. Chacon as a co-feature) via Sky Box Office. The show is also available on the AWE network in the United States.