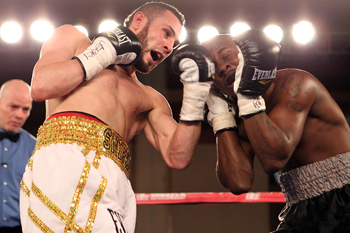 Pedraza, 25, had won his previous two bouts by knockout, having last been in action for a sixth-round stoppage of Juan Carlos Martinez in August.

He was coming off an eighth-round knockout over previously unbeaten Mark Davis in July, and had last suffered defeat by unanimous decision against former titleholder Yuriorkis Gamboa in December 2012.