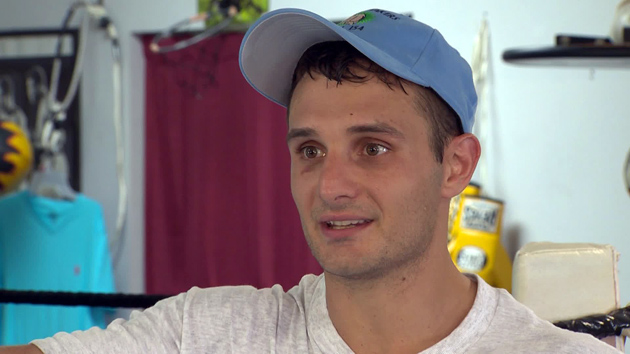 Lightweight fringe contender Rod Salka rebounded from his KO loss to Danny Garcia with a bloody, hard-fought unanimous decision over Monty Meza Clay on Saturday in Pittsburgh. Salka won by scores of 98-92, 97-94 and 99-91.

Despite the one-sided nature of two of the official scorecards, it was a competitive 10-round co-feature to the Iron Mike Productions card at the CONSOL Energy Center. Salka (20-4, 3 knockouts), who employed his usual busy, stick-and-move tactics, was in command for much of the fight but he had to bite down at times to hold off Meza Clay (36-4, 22 KOs), who pressed forward the entire fight.

Salka’s jab and lateral movement neutralized some of Meza Clay’s aggression, but he also had to occasionally plant his feet and exchange with his fellow Pennsylvania native. Salka’s timing and combination punching gave him the edge in most of the rounds, but Meza Clay scored with some wild overhand rights and body shots when he was able to get in close.

Both fighters suffered cuts over their left eye in Round 2 that bled throughout the fight. Salka’s right eye was also bruised during the fast-paced grudge match.

In the main event of the card, undefeated welterweight up-and-comer Sammy Vasquez made short work of Alberto Mosquera, dropping the once-beaten Panama standout twice en route to a first-round KO. Vasquez (17-0, 13 KOs) dropped Mosquera (21-2-2, 14 KOs) with a right hook and the finished his fellow southpaw off with a body shot that put the Panamanian down for referee Gary Rosato’s 10 Count.